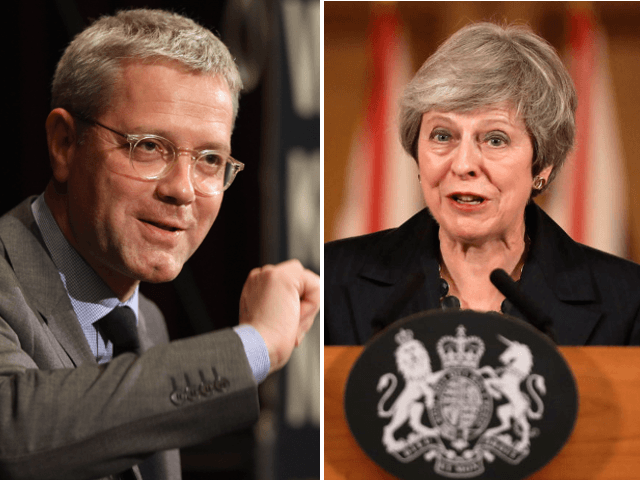 A senior German MP and longtime ally of Chancellor Angela Merkel has insisted there is “no question” that the “bad” Brexit deal offered by Brussels could be renegotiated.

Chairman of the Bundestag’s foreign affairs committee, Norbert Röttgen, stated that the German government “do[es] not see any space for further negotiation or renegotiation” regarding Prime Minister Theresa May’s super-soft Brexit agreement, which has been panned by Eurosceptics.

“We are convinced that the deal has now been struck. I personally consider this to be the best of all the bad deals one could negotiate. Now it is for both sides to decide whether to take it or leave it. The negotiations are over,” The Times reported the Christian Democratic Union (CDU) figure saying.

“Both sides have gone to the limits of what is possible for them,” stated Röttgen, who served as Mrs Merkel’s longtime environment minister before taking on his current role.

Hitting out at “embarrassing” former Brexit minister Dominic Raab, who resigned from his post last week condemning what he described as Britain being “bullied and blackmailed” by Brussels over a divorce deal, Mr Röttgen added: “Theresa May and her government were not blackmailed.

“The Europeans know that blackmail is not something you can build a future relationship on.”

May to Tell Brexiteers Deal Can’t be Improved https://t.co/pV1NgqQcNv

His comments on Brexit echoed the warning issued by Mrs Merkel last week when she stressed there could be “[no] further bargaining” over the agreement, under which Britain would be bound to the Single Market and unable to strike its own trade deals, while still having to answer to Brussels on a wide variety of matters.

With German industry set to be hit particularly hard in the event of a no-deal Brexit, Alternative for Germany (AfD) MP Petr Bystron condemned the intransigence of the German leader and other EU figures to negotiate a Brexit deal which would benefit both sides.

“You have to suspect the idea was to punish the British people for wanting to leave the EU superstate and thereby deter any other members from following the UK in their wish to regain their national sovereignty,” he said.

The belligerence of Merkel, Röttgen, and other European leaders over Britain’s withdrawal may have unintended consequences, however, as they push Britain towards a so-called ‘hard Brexit’. This option, thought of as an actual Brexit, with the UK trading with the EU on World Trade Organisation terms and free to set its own laws in future is the preference of key Brexiteers such as Jacob Rees-Mogg.

Mr Röttgen’s remarks on Britain’s withdrawal from Europe came as Germany’s centre-right Union parties remained locked in a fierce debate over the Chancellor’s plans to sign the country up to a controversial UN pact declaring migration “inevitable, necessary [and] desirable”.

The foreign affairs committee chief dismissed calls from within his party to delay signing, declaring that a failure to commit the nation to the Global Compact for Safe, Orderly and Regular Migration “would be a lack of leadership that Germany cannot permit”.

“This pact is a very important first step by the international community for controlling migration,” Mr Röttgen claimed, insisting it would be in Germany’s “national interest” to join the pact, which demands signatories open their welfare systems to all, including migrants without papers.

Poland, Austria to Quit UN Migration Compact: ‘We Want Poles to Be Safe in Their Own Country’ https://t.co/9kf38DVyl4