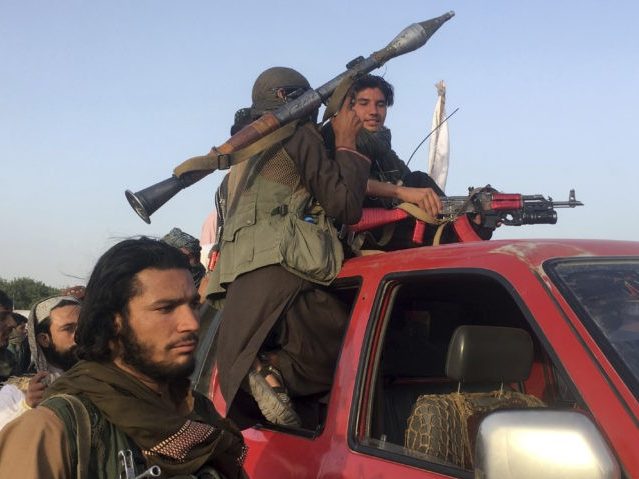 Terrorism, primarily at the hands of the Afghan Taliban, killed more people in Afghanistan than in any other country last year, according to the Global Terrorism Index (GTI) 2018 released by the Institute for Economics and Peace on Wednesday.

In 2017, Afghanistan was the country that recorded the highest number of deaths from terrorism, replacing Iraq which had held the position since 2013.

Afghanistan had 4,653 fatalities and 1,168 terrorist incidents in 2017, with the Taliban being responsible for 77 percent of these fatalities. Although deaths in Afghanistan rose less than one percent from the prior year it was still the second-deadliest year on record, with 2015 being the deadliest. Both terrorism and battle-related deaths have risen steadily over the past decade.

Pentagon officials have determined that the Afghanistan-Pakistan region, particularly along the border, is home to the highest concentration of terrorist groups in the world, including the Afghan Taliban and the Islamic State (ISIS/ISIL).

In Afghanistan, ISIS was “responsible for 14 percent of terrorism deaths, or 658 people in 2017, a 26 percent increase from the prior year,” the GTI report noted.

“It is Afghanistan’s second most active terrorist organization, with 2017 being its deadliest year on record. The majority of the deaths caused by the group were in Kabul, at 387 deaths,” the index added, referring to ISIS.

The GTI found that despite the major losses it sustained at the hands of the U.S.-led coalition and local forces, ISIS remains the most lethal (4,350 deaths) terrorist group in the globe, followed closely by the Afghan Taliban (3,571), which only operates in Afghanistan.

The four terrorist groups responsible for the most deaths in 2017 were the Islamic State of Iraq and the Levant (ISIL), the Taliban, Al-Shabaab and Boko Haram. These four groups were responsible for 10,632 deaths from terrorism, representing 56.5 per cent of total deaths in 2017. In 2012, just prior to the large increase in terrorist activity around the world, these four groups were responsible for 32 per cent of all deaths from terrorism. A decade ago, they accounted for just six per cent. …The Islamic State of Iraq and the Levant, often referred to as ISIL, ISIS or Daesh, was the most active terrorist organization in 2017, a position it has held since 2015. Primarily active in Iraq and Syria – the countries in which it sought to create a caliphate, or autonomous Islamist state, ISIL’s presence and impact decreased substantially in these countries in 2017.

On Tuesday, Lt. Gen. Kenneth McKenzie, who has been nominated to command U.S. forces in the Middle East and Afghanistan, told the Senate Armed Services Committee that the Afghan war is at a stalemate and warned “against an abrupt withdrawal of American forces or change in strategy despite frustration over the status of the 17-year conflict,” the Associated Press (AP) reported.

Unlike ISIL, the Taliban is active solely in a single country. All of the 3,571 deaths and 699 terrorist attacks in 2017 occurred within Afghanistan. … As a whole, terror attacks by the Taliban are becoming more deadly with attacks in 2016 killing an average of 4.2 persons per attack, rising to 5.1 persons in 2017.

The United States has devoted nearly $1 trillion to the war in Afghanistan. U.S. troops have suffered 2,272 deaths and 20,412 injuries, mostly at the hands of the Taliban, since the war began.

Taliban jihadis are reportedly active in about 70 percent of Afghanistan. Gen. McKenzie told lawmakers the Taliban has “60,000” jihadis at its disposal.

Late last month, the Long War Journal (LWJ), a component of the Foundation for Defense of Democracies (FDD) think tank, accused the U.S. government of grossly underestimating the strength of the Taliban.

In its latest quarterly report, US Forces – Afghanistan (USFOR-A) approximated the Taliban’s strength as between 28,000 and 40,000 fighters. That number should be doubled, at the minimum, because the USFOR-A estimate is wildly unrealistic given the level and intensity of fighting in Afghanistan, as well as the number of Taliban casualties claimed by Afghan security forces.

U.S. President Donald Trump’s administration has made “reconciliation” the primary tenet of its strategy to end the war in Afghanistan, which has been raging since October 2001.

The Trump administration has intensified U.S. efforts to bring the Taliban to the peace negotiation table.

The index did acknowledge:

A fall in the intensity of conflict in the Middle East, the decline of ISIL, and an increase in counterterrorism activity has meant that the total number of deaths from terrorism declined for the third consecutive year, falling by 27 percent to 18,814 deaths in 2017. This compares to 25,774 the year before. The number of deaths has now fallen 44 percent from its peak in 2014.

Despite the record number of terrorism-linked deaths, the index ranked Afghanistan as the second country most impacted by terrorism, after Iraq.