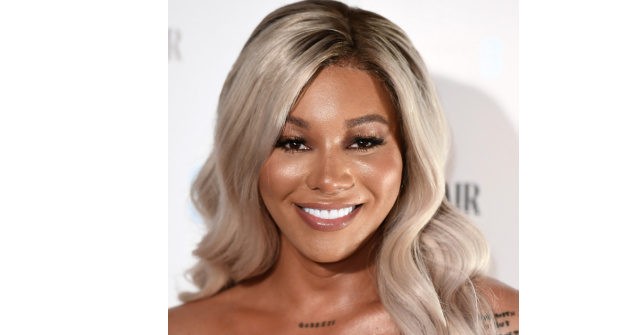 Glamour magazine included a biological male in this year’s “Women of the Year Awards,” identifying transgender model and activist Munroe Berdorf as a “gamechanging influencer.”

“Glamour‘s Women of the Year Awards has honored game changers, rule breakers, and trailblazers, for thirty years now. To celebrate this special birthday, we’re looking back at the incredible women we’ve honored and the new generation of women shaking up the world,” Glamour said in an announcement.

This year, Glamour featured Munroe Berdorf, a biological man who now identifies as a woman, as a “gamechanging influencer“:

Glamour magazine has chosen its women of the year!

Can you guess what comes next…? pic.twitter.com/qeJXQe5CBK

Someone who knows the impact discrimination has on Black transgenderpeople is Munroe Bergdorf. The 33-year-old has long been campaigning for marginalised voices. Her 2018 documentary What Makes A Woman explored changing ideas around gender and identity and showcased her as one of the UK’s most progressive activists.

She has since been appointed UN Women UK Changemaker and sits on the Diversity and Inclusion Board of L’Oréal Paris, working to ensure that Black, trans and queer voices are represented. In 2020 she was heralded as a Next Generation Leader in Time Magazine, she has modelled for major brands including Calvin Klein and has been a GLAMOUR UK coverstar. Now, after an 11-way bidding war, Munroe has won a six-figure book deal for her 2021 debut Transitional, a discussion of gender, sexuality, love, relationships and race.

In the conversation featured in the magazine centering around “black mental health,” Bergdorf detailed some of the tough conversations he had to have with his white mother, explaining what he said was the importance of having a “black therapist.”

My mum’s white and she’s gone on her own journey with me as her child who’s trans, and understanding racial equality. But she wasn’t really prepared for having a Black child because we weren’t having the conversations. I think that my mum just didn’t think in a consciously racist way, but she wasn’t thinking about the obstacles that would come and I had to explain to her the importance of having a Black therapist and the importance of not having to explain what it’s like to be a Black woman, a Black trans woman, a Black queer trans woman. That’s time you could use working through your trauma and it’s retraumatising to sit there and reeducate a white person who should really understand, but can never, because that is not their lived experience.

Notably, Glamour also featured Bergdorf as a cover star of its “self-love” issue, describing the activist as “fearless, passionate and determined.”

Glamour’s decision to include a biological male in its Women of the Year award lineup comes as a strain continues between feminists and the radical transgender movement, which insists that biological males who identify as women be treated as biological females.