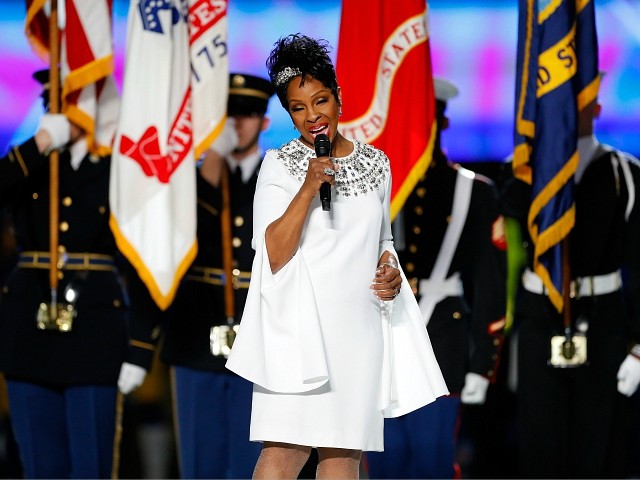 CNN’s Don Lemon asked iconic soul singer Gladys Knight if she should worry about losing her career for singing the national anthem at the Super Bowl.

Lemon played a segment featuring attorney Mark Geragos talking about how artists were “crossing an intellectual picket line” to perform at the Super Bowl. A large group of black performers said they would not take the Super Bowl half time gig in solidarity with national anthem protester Colin Kaepernick, who is suing the NFL for “collusion” to keep him from being signed to a team to continue his NFL career.

To Lemon, that added up to the idea that accepting a part in the Super Bowl should be career ending.

But to Lemon’s insinuation that she should worry over her career and legacy for daring to sing at the Super Bowl, the legendary soul singer replied with dignity, saying, “For me, it’s just for me about respect. I’m just hoping it will be about our country and how we treat each other and being the great country that we are.”

The four-time Grammy Award-winner added that the United States is a country “worth standing up for.”

“You do have to stand up for what is right and what is right for others,” Knight told Lemon’s audience. “I just want them to know that we have a country that’s worth standing up for. Nothing good comes easy, and I would hope that they will understand as I do that we have a better way to do this than to be all angry.”

The “That’s What Friends Are For” singer also hinted that some of the changes made in the nation over the last few decades have not necessarily been for the better.