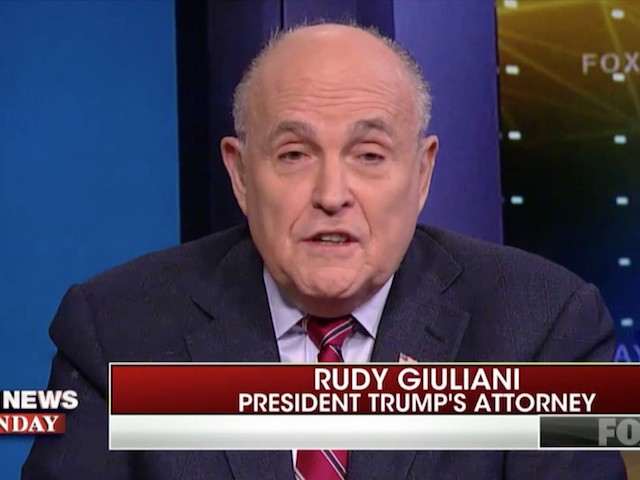 On this weekend’s broadcast of “Fox News Sunday,” President Donald Trump’s personal attorney Rudy Giuliani said the president would not sit for an interview with the special counsel Robert Mueller.

When asked if Trump would testify, Giuliani said, “Good luck.”

He continued, “They are a joke. Over my dead body. But you know, I could be dead.”

He added, “I am disgusted with the tactics they have used in this case. What they did to General Flynn should result in discipline. They’re the ones who violated the law. They’re looking at a non-crime, collusion.”