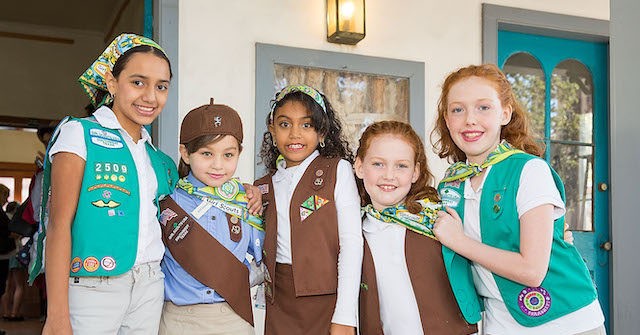 Girls Scouts of the USA (GSUSA) are jumping into the “anti-racist” movement with a $500,000 programming effort.

The funding comes from the left-wing Ford Foundation, which touts on its website its history of fighting for social justice and that the organization is led by a “diverse” board of directors.

Parents Magazine reported on the announcement from the scouting organization:

According to a press release on the website, the funds will go to supporting GSUSA’s commitment to “dismantle systemic racism within the organization and create impactful change in the communities Girl Scouts serves.”Specifically, GSUSA says they’ll be hiring expert consultants to conduct a thorough audit of its programs, policies, and practices and evaluate the Girl Scout experiences of members and non-members nationwide.The goal: to make “important progress toward fostering a welcoming space for all members.”Interim CEO Judith Batty, who is the first Black CEO of Girl Scouts, told Mashable, “I think we need to understand, as a movement ourselves, where our issues are. They’re not all the same across the country, of course, but what we want to deal with is the systematic racism that exists, not only in our society, but to the extent … [Girl Scouts] have systems [and] processes that reinforce the racial disparities that exist in the U.S., those are the disparities, and those are the processes and systems we want to dismantle.”

At Girl Scouts of the USA, we build girls of courage, confidence, and character who make the world a better place. In this moment of suffering in our nation, Girl Scouts commits to taking action to support Black girls, their families, and their communities. We want to reiterate to all girls, volunteers, alums, supporters, families, and staff that we do not tolerate racial injustice and we know that Black Lives Matter.We commit to doing all we can, using our collective power, to help create the change in our communities that is long overdue. We will do our part to dismantle systemic racism. We recognize that this is far from easy or fast work, but we are Girl Scouts—we believe in sisterhood, justice, and fairness—so we are in it for the long haul. We take action when we see a need and we live by our Girl Scout Law, which demands we seek racial equity for everyone.