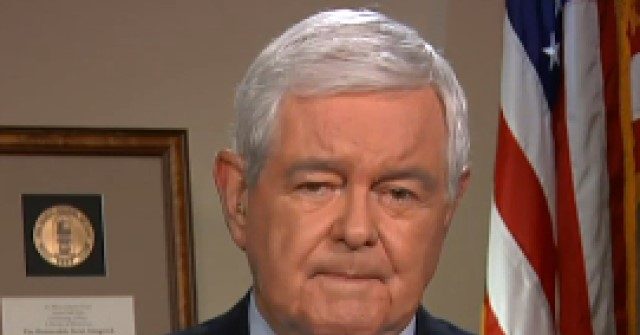 Gingrich said Biden, who he called “detached from reality,” is laying out the “welcome mat” by signaling to the world that the United States is “open for illegal immigration.” According to the Fox News contributor, the results of allowing so many people into the country is going to shake the “fabric of American society.”

“When you’re dealing with a president who forgets the name of his secretary of Defense and forgets the name of the Pentagon, he could probably, I don’t know that he walks away but probably sit away forever,” Gingrich advised. “Why would any of this affect him? He will say, ‘Oh gee, I guess that’s probably a problem.’ And I think that we really underestimate the degree to which he’s detached from reality and the degree to which people will, later on, look back and say, ‘Gosh, there were terrible consequences, why didn’t we know better?’ Well, we did know better, but we adopted a policy deliberately that sends a signal — you know, everywhere in the world, whether they’re watching ‘Fox & Friends,’ whether they’re just talking to themselves, people gossip, and they learn and everywhere in the world right now the signal is out that the U.S. is a welcome mat, that President Biden would love for you to come stay, and the economic opportunities in America, despite everything, are still so much better than in most of the world.”

He continued, “You can’t blame a father or a mother who wants their child to grow up here, rather than in poverty, but you can blame the American government for not being honest about the cost. This is going to be extraordinarily expensive, and it’s going to shake, I think, the fabric of American society. And … my guess is that in four years of the Harris-Biden administration, you’re going to actually see an enormous influx, probably in the neighborhood of 6 to 15 million people.”