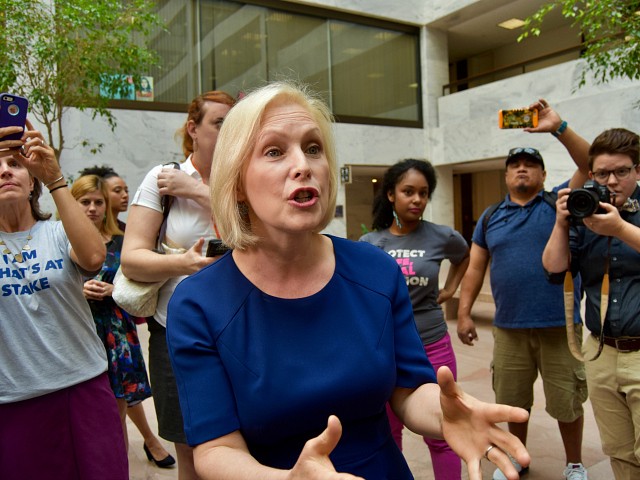 Monday on ABC’s “The View,” Sen. Kirsten Gillibrand (D-NY) said since President Donald Trump has brought “hatred” to the forefront she believes she has “been called” to run for president in 2020 and restore “moral decency.”

Gillibrand said, “We certainly need oversight and accountability. The Republican Congress refused to hold President Trump accountable on any of the issues that you mentioned, whether it’s Russia’s involvement in the election, whether it’s self-dealing or lining the pockets of the cabinet members and of Trump and his family. You’ve never seen, in my opinion, an administration that has more corruption than this one, so they have to do their jobs.”

When asked if impeaching Trump would be a win for Democrats, Gillibrand said, “It’s not about winning or losing. It’s about our democracy. It’s about this country. Do you want to stand up to someone who’s taking on the free press, someone who’s undermining the rule of law, who’s undermining the freedom of the judiciary? These are issues at our core, the balance of democracy, the balance of power. The president has been trying to undermine it every chance he gets. Plus, he’s put so much hatred and division into this world, into this country, whether he’s hating on transgender troops or DACA kids…he’s dividing the country on racial lines.”