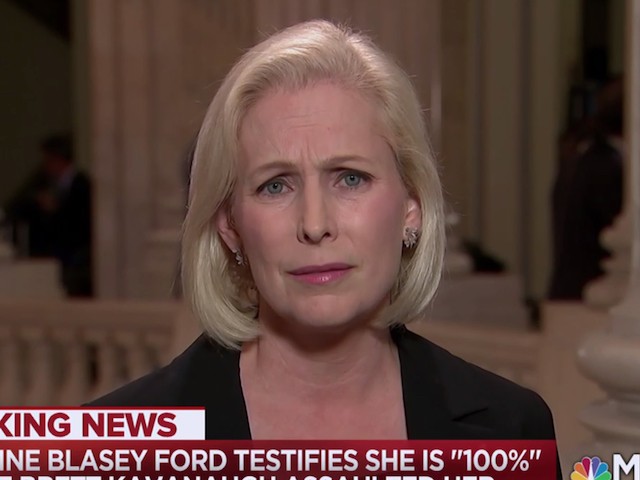 Thursday on MSNBC’s “All In,” Sen. Kirsten Gillibrand (D-NY) said she was “offended” by Supreme Court nominee Brett Kavanaugh’s testimony.

Gillibrand said, “I thought Dr. Blasey Ford’s testimony was incredible. I thought she was so heartfelt, she spoke her truth so passionately, with such candor, with such emotion. I was really inspired by what she did today. I thought the second half, though, was so discouraging. I thought the way Judge Kavanaugh started with partisan attacks, it really made me question his fitness for this office for the fact that he does not have the temperament or the character or honesty or integrity to be a Supreme Court justice. I was really disturbed by the second half of the hearing and disturbed by my Republican colleagues and how they acted and what they said.”

She added, “He was so arrogant in how he spoke to senators, and dismissive. I was really offended by how he behaved at the hearing.”