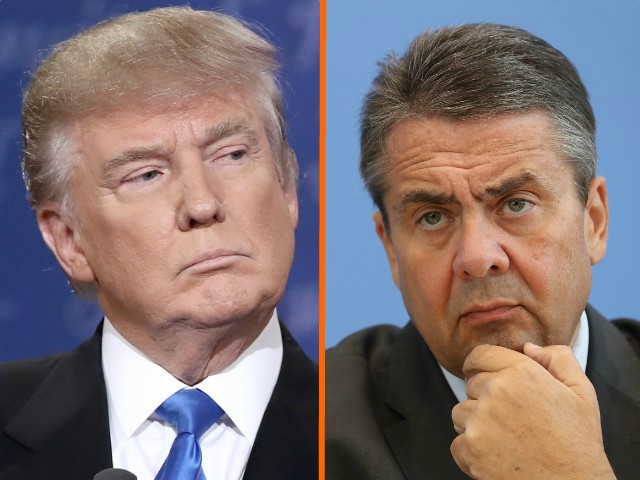 The former socialist vice chancellor of Germany, Sigmar Gabriel, has described the United States as a “rogue superpower”, saying President Donald Trump sees the world as a “battleground”.

The former leader of the Social Democratic Party, who was German Chancellor Angela Merkel’s deputy until March, told Handelsblatt that the election of Donald Trump as President in 2016 was the trigger for him to write a book, where he describes the alienation of Russia from the West and the rise of China, and brands the United States a “rogue superpower.”

“Trump wakes up the country every day with his emotions,” Gabriel told the German business newspaper, in criticism of the President’s direct communication with the American electorate via social media.

Adding that he believes President Trump “only knows confrontation,” especially with China, he alludes to the President in gladiatorial terms, saying: “For Trump, the world is an arena, a battleground.”

The German politician made similar comments in July during the President’s visit to the United Kingdom, when he urged EU nations to give a “unified” response to President Trump, saying: “Donald Trump only knows strength. So we have to show him that we are strong, too.”

He also accused the President of wanting “regime change in Germany” and claimed that “America under Trump cannot be relied upon.”

However, Mr Gabriel admits that President Trump fulfils his campaign promises, if disaprovingly, noting: “Against all theories, he brutally enforces what he pledged to do before the election.”

The German socialist also meditated on his time spent in the United States, specifically West Virginia, where he noted the drug problem in rural areas of the U.S. and a culture of medical care that he says triggers dependency on illegal substances.

“For decades, many doctors have prescribed an opiate for every ailment,” Gabriel said, adding that as a consequence when the legal drugs become too expensive for patients, they switch to heroin.

The citizens would, therefore, point to “The Swamp” in Washington D.C., where he describes politicians who have bowed down to the “Pharma lobby.”

“Trump, though he’s a billionaire himself, will not be counted among those up there,” Gabriel said.

Germany has been at odds with President Trump’s America First agenda since the patriotic leader criticised Germany and other allies for failing to fulfil their NATO obligations, with Merkel continuing in her defence of globalism and her decision to open Europe’s borders to more than one million migrants from the Global South.