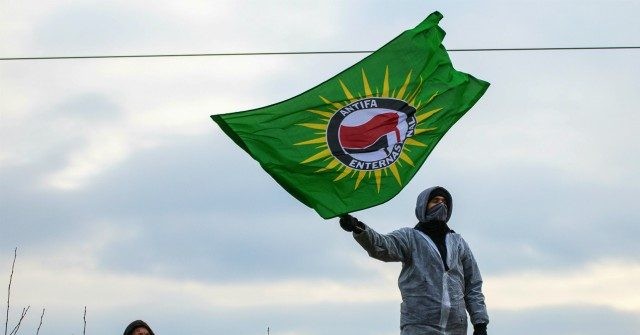 Germany’s Federal Office for the Protection of the Constitution (BfV) and other agencies have claimed that there has been evidence of left-wing extremists attempting to radicalise more moderate climate change groups. One such movement is Fridays for Future, spearheaded by Swedish teen activist Greta Thunberg.

Last October, the BfV labelled the group Ende Gelände (End of the Land) as belonging to the far-left extremist scene, with Berlin’s head of the Office for the Protection of the Constitution, Michael Fischer, stating the group was “agitating against our political system in the Federal Republic”, Die Welt reported on Tuesday.

The group is said to advocate for “system change” and the hashtag “System change, not climate change” was supported by Fridays for Future on German social media.

Ende Gelände has been noted for their protests against open-pit lignite (brown coal) mines across Germany including in Hambach in 2018 where a security agency report claims the activists engaged in violence towards police and trespassing in mines.

While some politicians have criticised the security agencies for labelling the group as extremists, the German police union welcomed the move, saying: “Of course, a distinction is made between peaceful and non-peaceful or violent supporters. Conversely, this also means that the ‘peaceful’ also have to actively distance themselves from the ‘violent’ and separate.”

The report is not the first time far-left extremism has been associated with climate activism. In July of last year, Greta Thunberg herself was pictured wearing an Antifa T-shirt.

She later apologised, saying: “Yesterday I posted a photo wearing a borrowed T-shirt that says I’m against fascism. That T-shirt can apparently to some be linked to a violent movement. I don’t support any form of violence and to avoid misunderstandings I’ve deleted the post. And of course I am against fascism.”