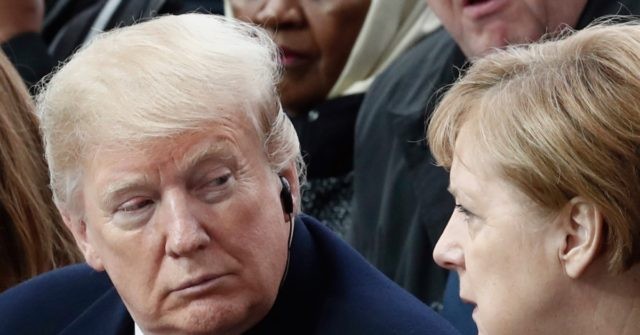 German politicians have lashed out after President Donald Trump’s announcement that the United States will be withdrawing a significant portion of American military personnel from the country over its failure to meet NATO spending commitments.

Johann Wadephul, the deputy leader of Angela Merkel’s CDU/CSU parliamentary group in the Bundestag, said that the decision by President Trump will serve to weaken the Western alliance, despite the President’s stated goal of strengthening the military power of NATO.

“The measure and the reasons are wrong and weaken NATO. Germany is stepping up its defence efforts and must continue to do so despite coronavirus. Any reduction in military presence exacerbates the problems instead of solving them,” Wadephul said on Tuesday, according to the German newspaper Die Welt.

“That’s not how you deal with partners,” he said, adding that the planned troop withdrawal will come “at the expense of security interests in Eastern Europe”.

Mr Wadephul’s comments likely refer to perceived threats from Vladimir Putin’s Russia. However, as President Trump has pointed out on numerous occasions, Germany has served to bolster the Russian economy, and thereby its capability of increasing military spending, through sending billions of dollars to the Russian Federation in exchange for natural gas.

President Trump said in July 2018: “…it is very sad when Germany makes a massive oil and gas deal with Russia, where we’re supposed to be guarding against Russia, and Germany goes and pays out billions and billions of dollars a year to Russia. We’re protecting Germany, we’re protecting France, we’re protecting all of these countries.”

The President had said that Germany was becoming a “captive to Russia” in response to the Nord Stream 2 gas pipeline from Russia to Europe, which could be shut off by Putin’s government during a time of crisis, as was the case during the Crimean conflict.

The German Ambassador to the United States, Emily Haber, also lashed out following the troop withdrawal announcement, claiming that the American troops were not there to protect Germany, as Mr Trump stated.

During a cabinet meeting on Monday, the President said: “So we’re protecting Germany and they’re delinquent. That doesn’t make sense. So I said, we’re going to bring down the count to 25,000 soldiers.”

Contrary to the German Ambassador’s claims, NATO troops are bound to come to the defence of any nation-state in the alliance. However, the union is dependent upon each country fulfilling its military obligations, a matter on which Germany and other European states have failed for decades.

The President has long strived to bolster NATO by pressuring European nations, almost all of which have failed to meet their spending military commitments, by calling on them to meet the two per cent of GDP spending that was agreed to in 2014.

Despite critics who have claimed his tough approach has served to weaken the alliance, last year the defence union’s Secretary-General, Jens Stoltenberg, credited Trump with the $100 billion (£79bn) increase in NATO spending.

Although Germany has increased its military spending over the past five years, it has still failed to reach the two per cent threshold, with the latest NATO figures showing that the economic powerhouse of the European Union only spent 1.38 per cent on defence last year.

While most members of the alliance have pledged to reach the spending requirements by 2024, Germany has said that it ‘hopes’ to reach the target by 2031.

Then-American Ambassador to Germany, Richard Grenell, in an exclusive Breitbart London interview, described Germany’s commitment to NATO as “woeful”. He said in 2018: “Germany is the largest economy in Europe. They made a commitment to NATO, and they should be serious about that commitment; it is a multilateral institution that guarantees the allies, guaranteeing freedom.”