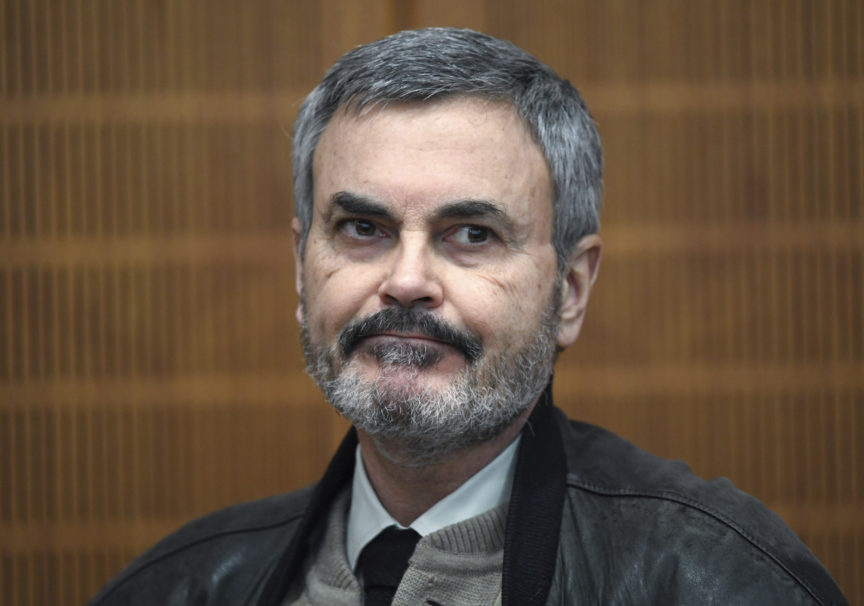 (AP) BERLIN — Germany said Friday it had extradited to Sweden John Ausonius, the convicted killer known as the “the laserman” for using a precision-scope rifle to target immigrants.

Ausonius, a 65-year-old Swedish citizen, has been found guilty of murder in both countries, most recently receiving a life term in Germany in February last year that was upheld on appeal in November.

Previously he was already serving a life sentence in Sweden for a six-month shooting spree in 1991-92.

Using the laser-scoped rifle, he had killed a 34-year-old Iranian man and wounded 10 other people from countries including Brazil, Greece, Syria and Zimbabwe.

In a sign of Ausonius’s notoriety, Norwegian white supremacist mass murderer Anders Behring Breivik at his own trial mentioned the “laserman” as a figure who shared the same goals.

The convict, who was extradited to Germany in late 2016, was in February 2018 found guilty of the murder of 68-year-old Jewish Holocaust survivor Blanka Zmigrod in Frankfurt in 1992.

Ausonius, having now received life terms in two countries, is considered almost certain to spend the rest of his life locked up without parole.