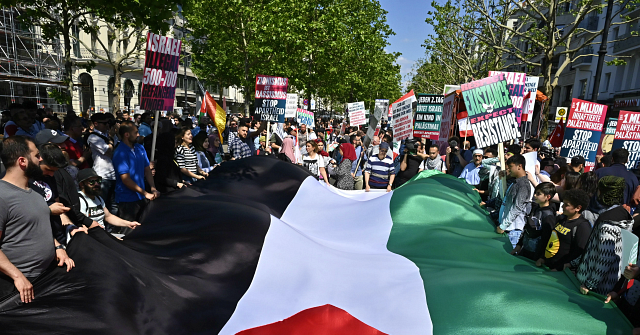 BERLIN (AP) – Hundreds of people including prominent German politicians and members of the Jewish community are protesting against a larger, anti-Israel rally in Berlin.

Police in the German capital of Berlin kept the competing protests on Saturday apart.

The annual al-Quds — Arabic for Jerusalem — march against Israel drew more than 1,000 participants, with some chanting “Palestine will be reborn!” or “Free Gaza!”

Geisel urged the German government to consider banning the political wing of the militant group Hezbollah.

Some at the counter-protest waved Israeli flags and banners with slogans such as “It’s time to turn Hamas into hummus.”