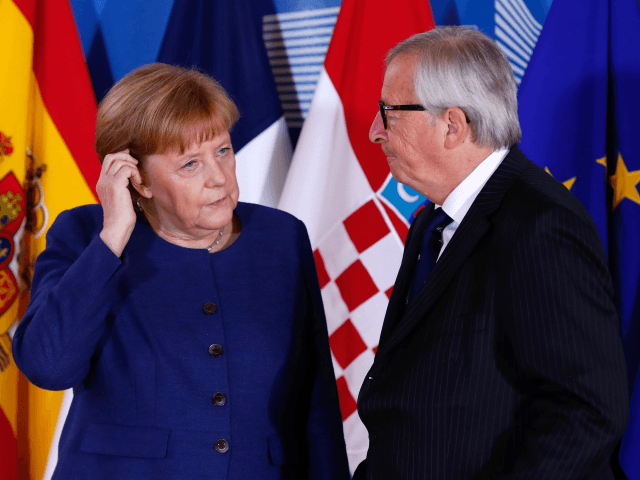 Populist Alternative for Germany (AfD) MP Petr Bystron has blamed the Brexit failures of UK Prime Minister Theresa May on the attitudes of German Chancellor Angela Merkel and the European Union who he labelled “stubborn” and “unhelpful.”

Mr Bystron, who acts as Spokesman for the Alternative for Germany (AfD) on the Foreign Policy Committee of the German Bundestag, said that much of the blame for the outcome of the Brexit negotiations rested on Dr Merkel and her government.

“Theresa May’s tragic failure is in large part due to the intransigent attitude of the Berlin government under Angela Merkel, who refused to negotiate constructively with the British government. While Theresa May tried valiantly to reach a compromise solution with Berlin and Brussels, Angela Merkel said two years ago there could be ‘No cherry-picking’ in Brexit negotiations,” he said.

Bystron added, “you have to suspect the idea was to punish the British people for wanting to leave the EU superstate and thereby deter any other members from following the UK in their wish to regain their national sovereignty.”

After the 500-page Brexit deal was released on Wednesday evening, many in the cabinet outright rejected the proposal leading to the resignation of several ministers including Brexit Minister Dominic Raab and Work and Pensions Secretary Esther McVey on Thursday morning.

The deal was also labelled, “the worst deal in history” by former UK Independence Party leader Nigel Farage and was slammed by Tory Brexiteer MP Jacob Rees-Mogg who said, “…she hasn’t so much struck a deal as surrendered to Brussels, and given in to them on everything that they want, and tried to frustrate Brexit. It is not so much the vassal state any more, as the slave state.”

On Thursday afternoon Rees-Mogg went a step further announcing his support for a vote of no confidence against Prime Minister May saying, “What has been achieved today is not Brexit.”

A scrapping of a Brexit deal could lead to a no-deal scenario where the UK would operate under World Trade Organisation (WTO) rules.

Mr Bystron commented on the effects of a no-deal outcome saying, “The British people are rightly angry about the stubborn and unhelpful attitude in Berlin and Brussels. The threat of a ‘No Deal Brexit’ according to WTO rules now looms large, which would hit Germany and the German auto industry the hardest.”

“According to a study by Deloitte, a failure to get a Brexit deal could cost up to 18,000 jobs in the German auto industry. This is the direct fault of the Merkel government, who continue to drive Germany off the brink for no reason at all,” he added.