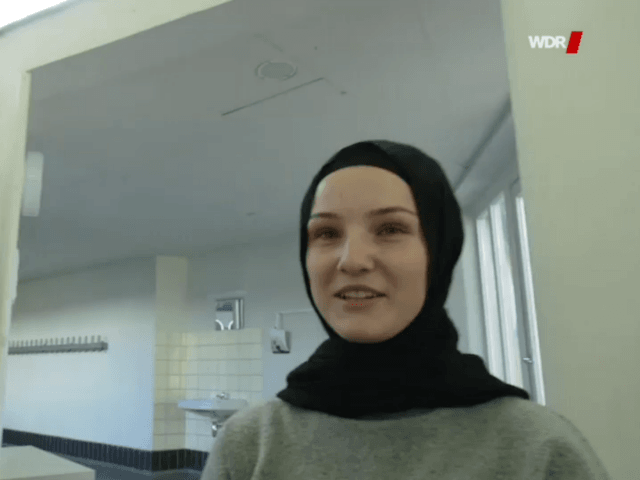 Six non-Muslim German girls volunteered for a “discrimination experiment” at their school to test whether they felt discriminated against for wearing an Islamic headscarf.

The experiment last week saw the volunteers don the hijab as part of an assignment by their teacher at the Geschwister-Scholl comprehensive school in the town of Lünen in North Rhine-Westphalia, German broadcaster WDR reports.

The purpose of the experiment, according to teacher Katrin Riekermann, was to have the girls walk around the town centre to see if they felt discriminated against while wearing a headscarf. The children found locals did not treat them differently, with the German broadcaster reporting that for Lünen residents, women in headscarves is an ‘everyday’ sight.

Celina Lebsack, 15, was one of the volunteers and claimed that she felt no discrimination by local residents, but worried that her friends might recognise her while she wore it.

The “experiment” is not the first time school children in Germany have been asked to put themselves in the shoes of those from foreign backgrounds. In 2016, a school just outside the German city of Schwerin put students on an island and told them to become asylum seekers.

The “Refugee for the day” project, which was spearheaded by pro-migrant group Network Working for Refugees (NAF), put the children through meetings with stern border guards and attempted to emulate the process of claiming asylum. One participant, a 16-year-old named Gord, said the experience was not enjoyable and claimed he would rather help asylum seekers in a more practical way.

Discrimination and religious bullying, meanwhile, has become a major issue in some German schools but reports increasingly suggest a growing proportion of the bullying originates with children of migrant and Muslim backgrounds, and is being directed at German, and especially Jewish, students.

In 2017, one Jewish student in Berlin made headlines when he was bullied both verbally and physically by Muslim students to the point where he was forced to change schools.