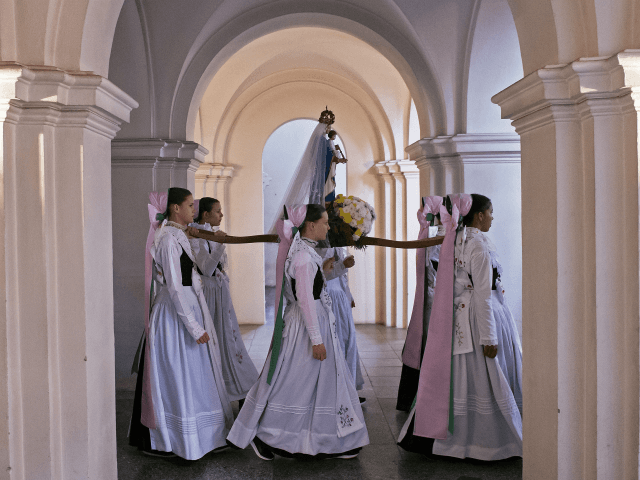 Progressive German Cardinal Walter Kasper has blasted the Vatican’s former doctrinal chief, Cardinal Gerhard Müller, saying that his recent restatement of principles of the Catholic faith will lead to “confusion and division.”

On Saturday, Cardinal Müller published an open “Manifesto of Faith,” a 2,000-word text reiterating fundamental Catholic teaching on a number of issues as a response to what he sees as “growing confusion about the doctrine of the Faith.”

“Today, many Christians are no longer even aware of the basic teachings of the Faith, so there is a growing danger of missing the path to eternal life,” the cardinal stated, before going on to lay out what he considers to be core Catholic teachings, most of which were direct citations from the Catechism of the Catholic Church.

“Many wonder today what purpose the Church still has in its existence,” the cardinal asserted, “when even bishops prefer to be politicians rather than to proclaim the Gospel as teachers of the Faith.”

In his rebuttal to the Manifesto, Cardinal Kasper accuses Cardinal Müller of making “unacceptable blanket statements” and affirming “half-truths” that are insufficiently nuanced. “Half the truth is not the Catholic truth!” Kasper said.

Cardinal Kasper also suggests that Cardinal Müller’s Manifesto was an attack on Pope Francis, whom some have accused of sowing division through “studied ambiguity” that leaves the faithful unsure of what the Church really teaches on certain issues.

When asked by several cardinals in 2016 to clarify certain perceived ambiguities contained in his teaching letter Amoris Laetitia, Pope Francis refused to provide an answer, leaving some in the Church convinced that the pope does not value doctrinal clarity.

In his response, Cardinal Kasper accuses Cardinal Müller of imitating Martin Luther in his call for reform, encouraging division by pursuing reform apart from the pope and in opposition to him.

Some of Müller’s text is not so much a manifesto of the Catholic faith as “a manifesto of private theological conviction that cannot be universally binding,” Kasper said, referencing Müller’s statement that civilly remarried divorced persons and non-Catholic Christians cannot receive the Eucharist.

For decades, Cardinal Kasper has been a vocal advocate for allowing divorced and remarried persons to receive Holy Communion, a position he doggedly pushed in opposition to previous popes.

Although in his rebuttal Kasper claims that the Church does not officially teach that divorced and civilly remarried Catholics cannot receive Communion, the Vatican website states: “If the divorced are remarried civilly, they find themselves in a situation that objectively contravenes God’s law. Consequently, they cannot receive Holy Communion as long as this situation persists.”