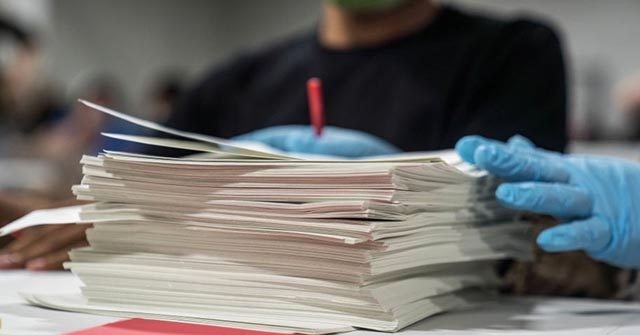 It is unclear if a unified single bill will be agreed upon before the current session of the Georgia General Assembly ends about March 31.

It is also unclear if a single bill representing a compromise between the two currently passed versions will pass both houses and secure the signature of Gov. Brian Kemp (R-GA) upon passage, as Democrats have mounted a furious effort to defeat the GOP proposed election reforms by characterizing them as “voter suppression.”

A key consideration for supporters of election integrity around the country is whether the final bill will include the House provision that eliminates private funding of election procedures at the state and county level, a novel and controversial practice introduced to the 2020 presidential election by the Mark Zuckerberg-funded Center for Technology and Civic Life, as Breitbart News reported:

[The] controversial practice of [private funding of election administration was]  pioneered by Facebook founder and CEO Mark Zuckerberg and his wife Priscilla Chan through $419 million in donations to nonprofits Center for Tech and Civic Life (CTCL) and the Center for Election Innovation and Research (CEIR) played a key role in determining the outcome of the 2020 presidential election, particularly in five key battleground states where President Biden narrowly defeated former President Trump: Georgia, Arizona, Wisconsin, Michigan, and Pennsylvania.

During Georgia’s 2020 election, the CTCL donated more than $24 million to four counties–Fulton, Gwinnett, Cobb, and DeKalb–where Biden outperformed Hillary Clinton by more than 200,000 votes, and the CEIR donated an estimated $3 million to Georgia Secretary of State Brad Raffensperger’s office “for the purpose of educating voters about election rules and process.”

Both bills have these four key provisions in common:

The Senate bill, however, does not include these two key provisions in the House bill:

The Senate bill has several provisions not included in the House bill:

The battle over election integrity reform in Georgia has been controversial and highly politicized.

State Rep. Barry Fleming (R-Harlem), sponsor of the House election integrity bill, has already experienced some of that heat.

Fleming’s full time job, until recently, was as County Attorney for Hancock County.

Two weeks ago, because of his role as sponsor of the election integrity reform bill, he was fired from that job in a four to nothing vote by the Hancock County Commission.

Despite the political pressure, Republican leaders appear to be holding firm, as Online Athens reported:

Senate Majority Leader Mike Dugan, R-Carrollton, has dismissed attacks on an omnibus elections bill he is sponsoring in the Senate that includes repealing no-excuse absentee voting, as well as a new rule requiring Georgians to provide a driver’s license or state ID card number to request an absentee ballot.

Dugan and supporters of those measures in the Republican-controlled General Assembly also highlight the strain that processing millions of absentee ballots put on local election workers tasked with running three weeks of early voting and managing Election Day for several elections in the 2020 cycle.

“If we keep using more and more of the absentee (ballots), you’re going to overwhelm the counties multiple different ways, in the workload and the cost,” Dugan said. “The highest number of rejected ballots are mail-in absentee ballots, even with the curing process.”

If an election reform bill that prohibits the private funding of elections becomes law in Georgia in 2021, other states are expected to follow.