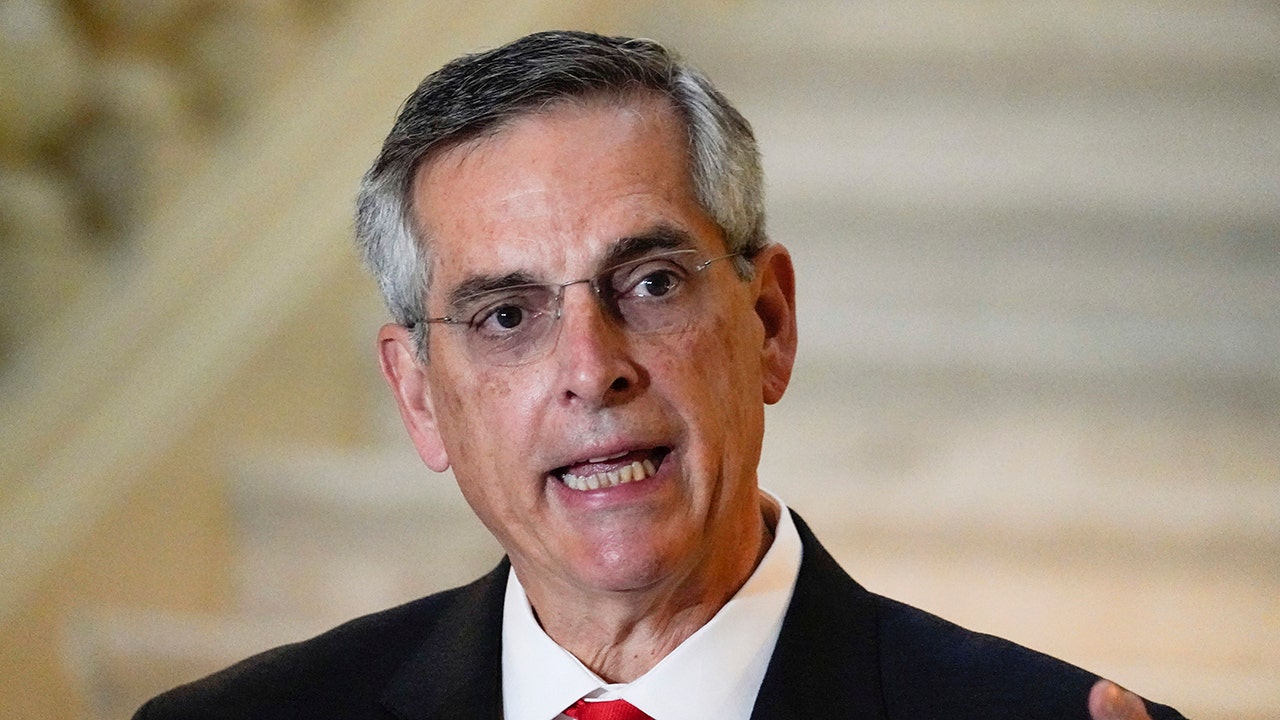 EXCLUSIVE: Georgia Secretary of State Brad Raffensperger is warning House Speaker Pelosi and Georgia’s congressional delegation against reversing the election victory of Iowa Republican Rep. Marianette Miller-Meeks, saying he is “greatly alarmed that members of Congress would consider overturning the will of the voters as certified by the state.”

The House Administration Committee is currently reviewing Miller-Meeks’ narrow 2020 election win, after Democrat Rita Hart lost to her by six votes out of more than 400,000 ballots cast ‒ a margin of less than 1% ‒ prompting Hart to petition the election results with Congress in late December.

After a recount process, Iowa state officials certified the election’s results and Miller-Meeks was provisionally sworn in on Jan. 3.

He wrote that he and other election officials “sacrificed much in pursuit of free and fair elections in Georgia,” receiving threats and in some cases being forced into hiding.

“To put these election workers in harm’s way, then to override the choice of the voters would be unconscionable, whether we liked the outcome or not,” Raffensperger wrote.

Raffensperger said that is why he is “concerned by the actions of the Speaker and the Democratic caucus in the House of Representatives” regarding Miller-Meeks’ election.

Despite Iowa’s certification, “Speaker Pelosi has decided to take the seating of the Congresswoman into her own hands, ostensibly leaving the decision over who wins the already certified election to the House of Representatives’ Democratic majority,” he wrote.

Raffensperger said members of Congress from Georgia “should be outspoken in their disgust” about Pelosi’s alleged “efforts to overturn” Miller-Meeks’ election, and added that Georgia’s election workers “sacrificed too much to watch their elected officials stand idly by as another state is robbed of fair representation for partisan gain.”

Raffensperger added: “I am calling on you now to stand up to your own caucus and fight for that same right for our friends in Iowa’s 2nd district.”

Pelosi, last week, said “of course” there is a scenario where the state-certified victory of Miller-Meeks is overturned by the committee.

Republicans defied expectations and took a big bite out of the Democrats’ majority in last November’s elections and only need to flip five seats in 2022 to regain the control of the House.

Raffensperger took criticism from former President Trump for his handling of the 2020 presidential election and was urged by Trump in a phone call to “find” enough votes to change the results.

Georgia prosecutors have since opened a criminal investigation into Trump‘s efforts to overturn the 2020 presidential election in the state.