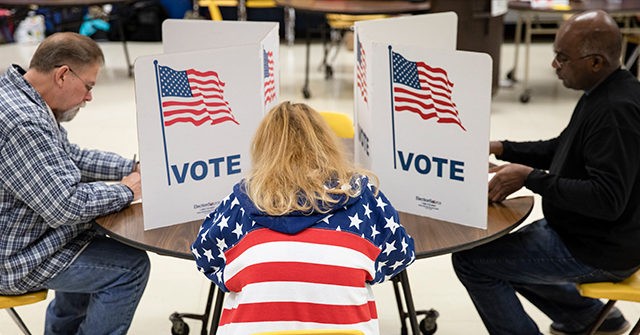 The secretary of state of Georgia is urging voters to get out early, citing record-breaking numbers at the polls for the 2020 election.

Brad Raffensperger (R) told CBS News Monday nearly 1.5 million people, already a record-breaking number of voters, have turned out to the polls in Georgia. He pointed to early voting and absentee voting as the most convenient and secure methods for voters to cast their ballots.

“What this means is people are really energized and engaged in this race and we prepared for it,” Raffensperger said. “We’re expecting probably over 5.5 million voters.”

“Georgia is a leader in election access,” Raffensperger said in the state’s online report of early voting numbers. “Notwithstanding the pandemic, voters in the Peach State can take advantage of no-excuse absentee ballot voting by mail or through a secure drop box; three weeks of early, in-person voting; or Election Day voting.”

Raffensperger told CBS News that, because Georgia has voter identification as a means to make voting secure, state officials “really feel comfortable about the results.”

“You’ll have confidence in Georgia that we got the process right,” he added. “We don’t send out mail ballots to anyone unless they’ve been requested. And we make sure that our voter rolls are kept fresh, clean and accurate – that’s really important.”

Some states, however, including Connecticut, sent out mail-in ballots to every registered voter in the state, whether requested or not.

With the election two weeks away, 2020 early voting records are already shattering those from 2016.

Additionally, North Carolina, Ohio, and Alabama have all broken their absentee voting records.