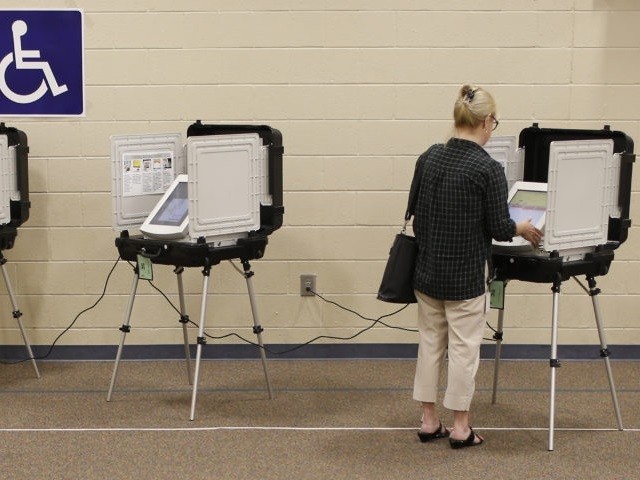 Political tensions ratcheted further Sunday when Secretary of State (SOS) and Republican gubernatorial hopeful Brian Kemp’s office accused the Georgia Democratic Party of attempting to “breach” the state’s online voter registration system on Saturday. The Department of Homeland Security and the FBI were alerted to the situation, according to official statements.

The two statements issued by the Georgia SOS on Sunday are limited on details, but point a finger at the state Democratic Party committee for an alleged failed “hacking.” The initial release claims the “possible cyber crime” occurred on Saturday evening.

“While we cannot comment on the specifics of an ongoing investigation, I can confirm that the Democratic Party of Georgia is under investigation for possible cyber crimes,” SOS press secretary Candice Broce said. As of that release, the State said “federal partners” were made aware of the matter.

We opened an investigation into the Democratic Party of Georgia after receiving information from our legal team about failed efforts to breach the online voter registration system and My Voter Page. We are working with our private sector vendors and investigators to review data logs. We have contacted our federal partners and formally requested the Federal Bureau of Investigation to investigate these possible cyber crimes. The Secretary of State’s office will release more information as it becomes available.

The Georgia Democrats vehemently rejected the allegations in a circulated statement, describing the matter as “another example of abuse of power by an unethical Secretary of State.” The Democrats added that they were “unaware” of the allegation until the first press release was issued on Sunday.

“This political stunt from Kemp just days before the election is yet another example of why he cannot be trusted and should not be overseeing an election in which he is also a candidate for governor,” the statement charged. The Georgia Democrats posited that “it’s likely we’ll see even more of his abuses of power as the election nears.”

This is a developing story and will be updated as new information is provided.