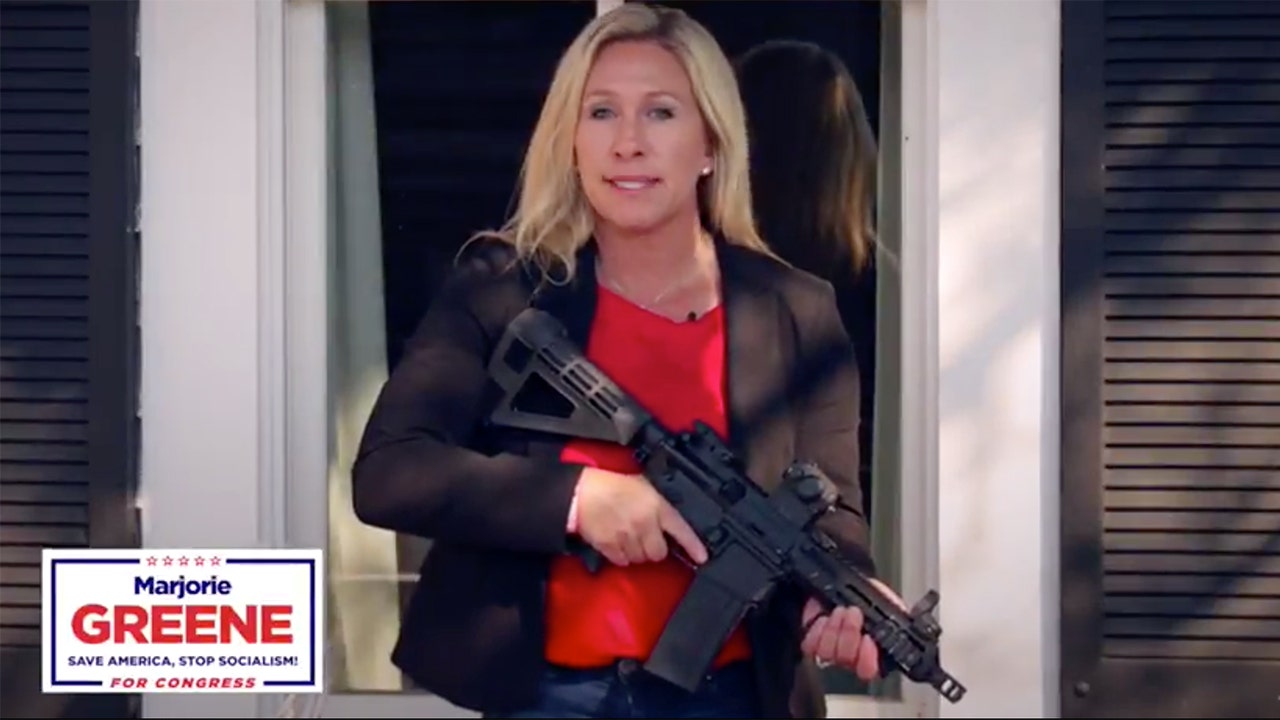 What to know about the QAnon conspiracy theory

Daily Beast tech reporter Will Sommer talks to Fox News about Q and the QAnon conspiracy theory. Learn about what it is and why it has been moving from the fringes of the internet into mainstream politics, and why that could be dangerous for everyone.

The House overwhelmingly voted in favor of a resolution to condemn QAnon conspiracy theories Friday, drawing the ire of an incoming Georgia congresswoman who has made headlines nationally for her past praise for Q.

Marjorie Greene, the presumptive next congresswoman from Georgia’s 14th congressional district, slammed the House for passing the resolution and said “Congress is failing” for not focusing on condemning Antifa and Black Lives Matter instead.

“There’s no reason for a resolution to condemn non-existent violence from folks talking about the VERY REAL Deep State and the attempted coup on President Trump on the internet,” Greene told Fox News in a statement about QAnon.

Greene, a controversial candidate who has been previously censored on social media for posts deemed threatening, went on to say the real threats are Antifa, Black Lives Matter and the Democrats who support the groups.

“Republicans should lead strongly by standing up for innocent Americans against this smear and rightfully designate Black Lives Matter and Antifa both domestic terror organizations,” Greene said. “The fact that Democrats refuse to condemn the real domestic terrorists BLM and Antifa is what Americans should remember when they go to vote on Nov. 3.”

WHAT IS QANON, THE CONSPIRACY THEORY GROUP SHOWING UP TO TRUMP RALLIES?

But most Republicans joined with Democrats in passing the resolution by a 371-18 vote Friday marking the first official bipartisan condemnation of this conspiracy movement that critics say is actively working to undermine public trust in America’s democratic institutions. Forty members didn’t vote on the resolution and one Republican, Rep. Andy Harris of Maryland, voted present.

QAnon, thought to have been founded in 2017, has been tied to theories about a “deep state” attack against Trump, involving career bureaucrats who are hellbent on taking down ousting the president. It’s unclear who “Q” actually is, and if he or she is just one person or multiple people. People supporting QAnon began appearing at Trump campaign rallies in 2018 and the president has retweeted QAnon-affiliated accounts dozens of times.

The resolution was sponsored by Rep. Denver Riggleman, R-Va., and Rep. Tom Malinowski, D-N.J., who said he faced death threats after QAnon conspiracy theorists targeted him after a GOP ad falsely accused him of lobbying to “protect sexual predators.”

“Conspiracy theories that falsely blame secret cabals or marginalized groups for society’s ills have long fueled prejudice, violence and terrorism,” Malinowski said in a statement after the vote. “Today the House of Representatives came together across party lines to say that QAnon has no place in our nation’s political discourse.”

“QAnon initially alleged that prominent Americans are engaged in a secret plot to control the world, while using their power to exploit children, and has expanded to embrace virtually every popular conspiracy theory of the last several decades, from questioning the truth about the September 11th terrorist attacks, to believing in alien landings, to denying the safety of vaccines,” the resolution states, which also lays out several examples of violence inspired by the conspiracy theories.

During the debate about the resolution in the House Rules Committee earlier this week, Democrats said it’s time to repudiate the extremist ideology.

“QAnon is a sick cult — plain and simple,” said Rep. Jim McGovern, D-Mass. “Its supporters gather in the darkest corners of the internet to spread hate and conspiracy theories that lead to violence.”

Republicans didn’t defend QAnon, with Rep. Tom Cole, R-Okla., saying “they’re just crazy” but the GOP also wanted the resolution changed to specifically call out Antifa, the far-left group. Rep. Debbie Lesko, R-Ariz., made an effort to amend the legislation, but it was voted down by the Democratic majority in the committee.

“Both groups are bad and I think you should add them in,” Lesko said.

Also this week Facebook and Twitter promised to stop encouraging the growth of the baseless conspiracy theory QAnon, which fashions Trump as a secret warrior against a supposed child-trafficking ring run by celebrities and government officials after it reached an audience of millions on their platforms this year.

The QAnon phenomenon sprawls across a patchwork of secret Facebook groups, Twitter accounts and YouTube videos. QAnon has been linked to real-world violence such as criminal reports of kidnapping and dangerous claims that the coronavirus is a hoax. But the conspiracy theory has also seeped into mainstream politics, with several GOP candidates like Greene who have been QAnon-friendly.

Greene had previously said her “Q”-supporting videos are in her past and don’t represent her priorities for Congress. But this week as QAnon came to the House floor and she defended it as exposing the deep state efforts against Trump and protecting children.

The Fox News’ Nick Givas and the Associated Press contributed to this report.