Incumbent Gov. Brian Kemp (R) has about a ten-point lead over former Sen. David Perdue (R-GA) in the Republican primary race for governor in Georgia, according to a poll published Wednesday.

The poll, conducted by the Trafalgar Group among 1,072 likely Republican primary voters, found Kemp ahead of Perdue by 9.6 percent, garnering 49.1 percent support compared to Perdue’s 39.5 percent. 7.7 percent of respondents said they were undecided.

The poll, taken February 11 to 13, is the first to weigh the primary field following former candidate Vernon Jones’ exit from the race. The former state representative and Democrat-turned-Republican dropped out on February 7 at the urging of former President Donald Trump and jumped into the Tenth District congressional race instead.

Trump, who has repeatedly expressed grievances with Kemp over the 2020 election process in Georgia, has formed somewhat of an alliance against Kemp with his endorsements in the Peach State, quickly backing Perdue when Perdue mounted his challenge to Kemp and then endorsing Jones as soon as Jones left the gubernatorial primary. 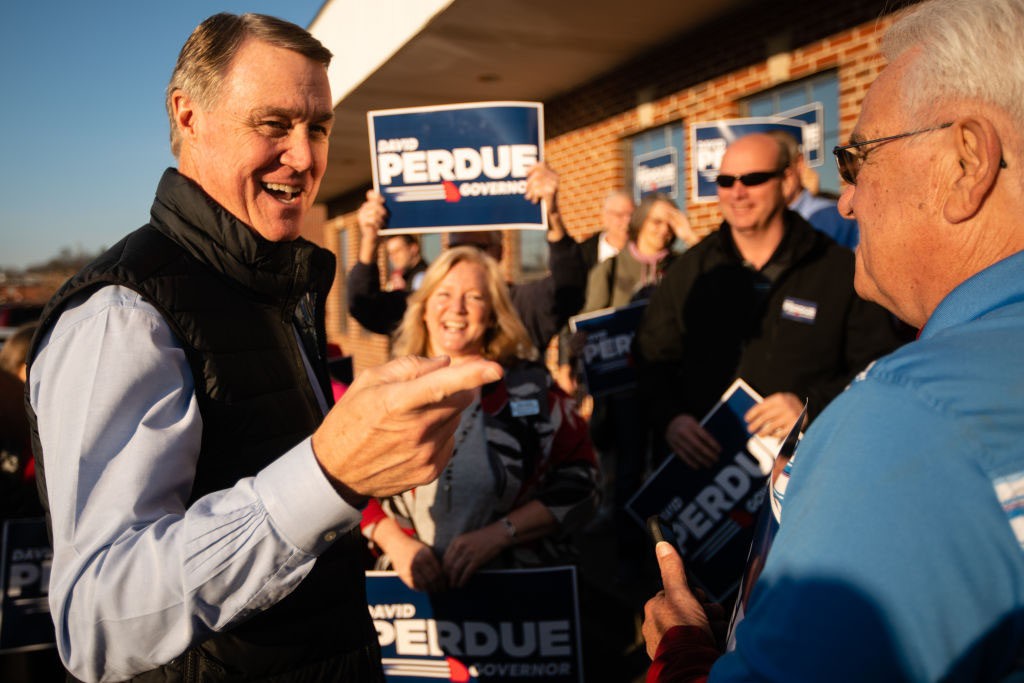 The poll found 31.2 percent of respondents were unaware of Trump’s endorsement of Perdue, suggesting many voters have yet to learn of the influential former president’s support and that the tides could turn in Perdue’s favor should the endorsement resonate with those voters if and when they learn about it.

Trafalgar’s chief pollster, Robert Cahaly, observed to Fox 5 Atlanta that Perdue has fair reason to be optimistic because of that fact.

The poll also asked about a local matter making recent headlines, the legislative proposal for a ballot referendum on the wealthy neighborhood of Buckhead deannexing from Atlanta as a response to residents’ concerns about surging violent crime. The initiative for the affluent suburb to separate from the city has been off and on for years but had gained significant momentum as bills were drawn up and introduced to move forward with the process.

The effort hit a seemingly fatal snag this month after the bills in both the House and Senate were recently halted by the chambers’ respective Republican leaders. But Bill White, who is spearheading the Buckhead City movement, plans to continue lobbying for the effort, and the bills could always be picked up again next year. 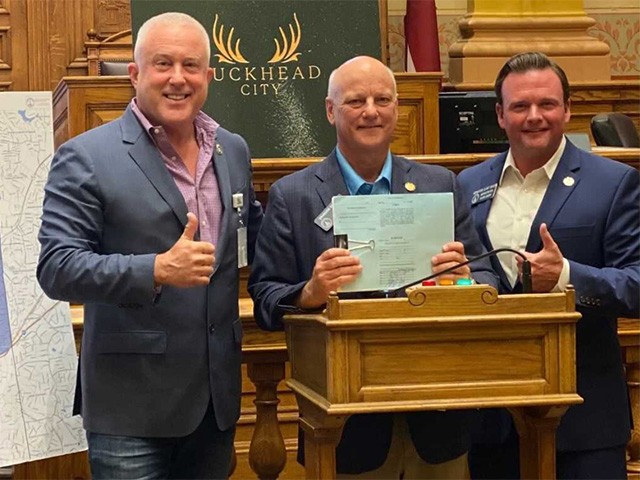 The poll also asked about the U.S. Senate race happening in the Georgia battleground this year.

Former football star Herschel Walker, who is also backed by Trump, leads the Republican field of candidates by a wide margin of more than 60 points, receiving 69.9 percent support. His closest opponent, Agriculture Commissioner Gary Black, is in the single digits, receiving 6.1 percent support. 18.9 percent of respondents said they were undecided on whom to choose. 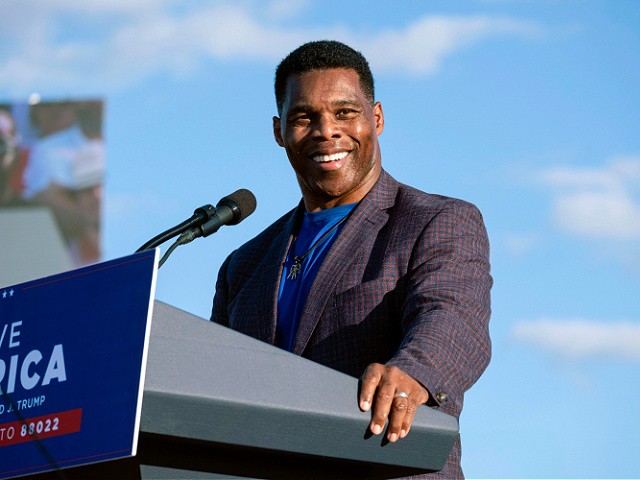 Formidable Democrat challengers Stacey Abrams and incumbent Sen. Raphael Warnock (D-GA) — some of the most well-funded Democrat candidates in the country — await their Republican opponents for the governor’s race and Senate race, respectively, once primary season ends after May 24.

The poll’s margin of error was 2.99 percent.