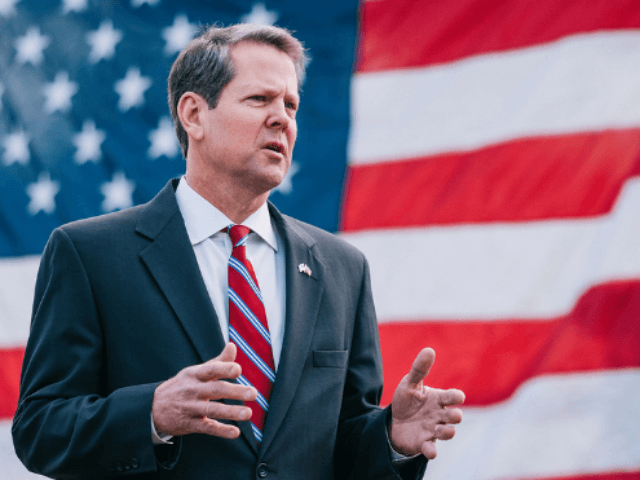 Georgia Gov. Brian Kemp (R) released a statement Friday slamming Major League Baseball (MLB) for its decision to move the All-Star Game out of Atlanta in response to a recently passed voting reform law in Georgia.

“Today, Major League Baseball caved to fear, political opportunism, and liberal lies,” Kemp said. “Georgians – and all Americans – should fully understand what the MLB’s knee-jerk decision means: cancel culture and woke political activists are coming for every aspect of your life, sports included. If the left doesn’t agree with you, facts and the truth do not matter.”

Statement from @GovKemp on @MLB decision to pull All Star Game, blaming Georgia Democrats reaction to the bill –> pic.twitter.com/Ca1kgP45IW

Kemp also targeted left-wing activist Stacey Abrams in his statement, blaming her “lies” for pushing the MLB to make the decision.

“This attack on our state is the direct result of repeated lies from Joe Biden and Stacey Abrams about a bill that expands access to the ballot box and ensures the integrity of our elections,” Kemp added. “I will not back down. Georgians will not be bullied. We will continue to stand up for secure, accessible, fair elections.”

Kemp also said in the statement he has “spoke[en] with the leadership of the Atlanta Braves who informed me they do not support the MLB’s decision.”

“Stacey Abrams’ leftist lies have stolen the All-Star Game from Georgia,” Ralston said. “This decision is not only economically harmful, it also robs Georgians of a special celebration of our national pastime free of politics. But Georgia will not be bullied by socialists and their sympathizers. We will continue to speak truth despite extortion and intimidation.”

MLB issued a statement announcing the move to pull the All-Star Game out of Atlanta, saying that “Major League Baseball fundamentally supports voting rights for all Americans and opposes restrictions to the ballot box.”

“Over the last week, we have engaged in thoughtful conversations with Clubs, former and current players, the Players Association, and The Players Alliance, among others, to listen to their views,” MLB Commissioner Rob Manfred said. “I have decided that the best way to demonstrate our values as a sport is by relocating this year’s All-Star Game and MLB Draft.”