Georgetown Law has suspended constitutional law scholar and incoming administrator Ilya Shapiro over a tweet that criticized President Joe Biden’s “affirmative action” Supreme Court nomination process, which he said will cause the president’s nominee to “always have an asterisk attached” to her name.

Shapiro, a libertarian who was a vice president of the Cato Institute, director of the Robert A. Levy Center for Constitutional Studies, and publisher of the Cato Supreme Court Review, was scheduled to begin his role as executive director and senior lecturer of the Georgetown Center for the Constitution on Tuesday.

But on Monday, the law school announced that Shapiro has been placed on administrative leave pending the outcome of an investigation into tweets he posted last week slamming Biden’s public pledge to only nominate a black woman to the Supreme Court. 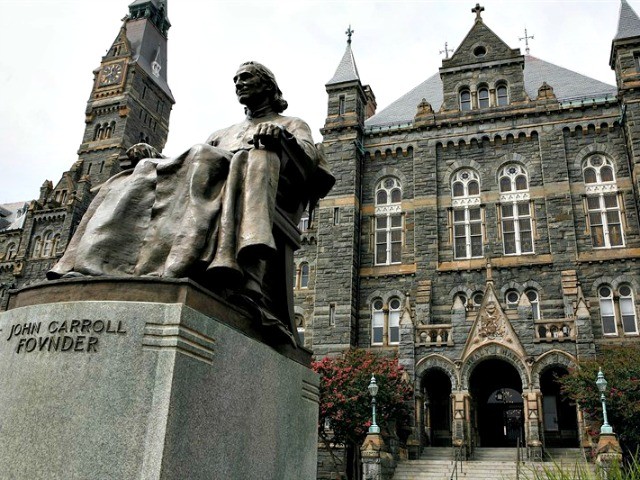 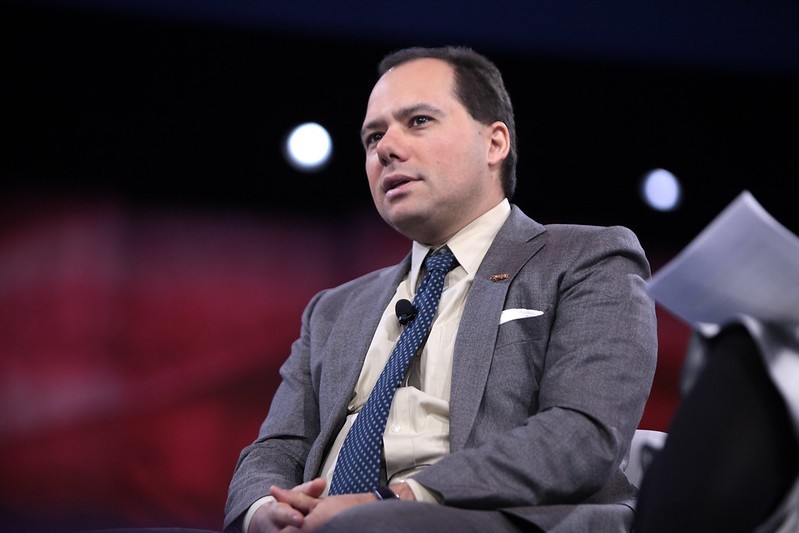 “Over the past several days, I have heard the pain and outrage of so many at Georgetown Law, and particularly from our Black female students, staff, alumni, and faculty,” Bill Treanor, the dean of the Georgetown University Law Center, said in a statement.

“Ilya Shapiro’s tweets are antithetical to the work that we do here every day to build inclusion, belonging, and respect for diversity,” Treanor added.

Bill Treanor, dean of @GeorgetownLaw, says Ilya Shapiro will be placed on administrative leave pending an investigation into whether he violated policies and expectations for professional conduct. pic.twitter.com/0jor978xSs

In a now-deleted tweet, Shapiro had suggested that Biden nominate Sri Srinivasan, the Indian-born chief judge on the Court of Appeals for the District of Columbia, to replace Justice Stephen Breyer on the U.S. Supreme Court:

In a follow-up tweet, Shapiro suggested that the president choosing a Supreme Court nominee based solely on race and gender would make it so that she “will always have an asterisk attached.”

“Because Biden said he’s only consider[ing] black women for SCOTUS, his nominee will always have an asterisk attached. Fitting that the Court takes up affirmative action next term,” he wrote.

One student reacted to Shapiro’s tweets by calling on the university to implement a designated crying room on campus, for students to go to when they “need to break down,” reported National Review.
“Is there an office they can go to?” she asked. “I don’t know what it would look like, but if they want to cry, if they need to break down, where can they go? Because we’re at a point where students are coming out of class to go to the bathroom to cry.”

And administrators reportedly took this inquiry seriously, with associate vice president and dean of students Mitch Bailin telling the student, “It is really, really hard to walk out of class or a meeting in tears, and you should always have a place on campus where you can go.”

After receiving backlash for his tweets, Shapiro deleted them, writing, “I apologize. I meant no offense, but it was an inartful tweet. I have taken it down.”

I apologize. I meant no offense, but it was an inartful tweet. I have taken it down. https://t.co/3d39BuCt3p

In a follow-up statement, Shapiro wrote, “I regret my choice of words, which undermined my message that nobody should be discriminated against for his or her skin color. A person’s dignity and worth simply do not, and should not, depend on race, gender, or any other immutable characteristic.”

“While it’s important that a wide variety of perspectives and backgrounds be represented in the judiciary, so blatantly using identity politics in choosing Supreme Court justices is discrediting to a vital institution,” he added.

“I have placed Ilya Shapiro on administrative leave, pending an investigation into whether he violated our policies and expectations on professional conduct, non-discrimination, and anti-harassment, the results of which will inform our next steps,” dean Treanor announced on Monday.

“Pending the outcome of the investigation, he will remain on leave and not be on campus,” the dean added.

Treanor went on to say that “racial stereotypes about individual capabilities and qualifications remain a pernicious force in our society and our profession. I am keenly aware that our law school not exempt.”

“We will continue to work with students, staff, alumni, and faculty to put in place strategies, policies, and practices to strengthen our community and our commitment to justice and equality for all,” he added.

Shapiro also released a statement on Monday, writing, “I’m optimistic that Georgetown’s investigation will be fair, impartial and professional, though there’s really not much to investigate.”

“And I’m confident that it will reach the only reasonable conclusion: my tweet didn’t violate any university rule or policy, and indeed is protected by Georgetown policies on free expression,” he added. “Accordingly, I expect to be vindicated and look forward to joining my new colleagues in short order.”

Statement on my starting @GeorgetownLaw tomorrow but immediately being placed on paid nonpunitive administrative leave pending investigation of my tweets: pic.twitter.com/u9xdNQY6aO

The Foundation for Individual Rights in Education (FIRE), an organization that focuses on protecting First Amendment rights in academia, also reacted to Shapiro’s suspension, stating, “Georgetown says that ‘untrammeled expression’ is ‘central to its being,’ and that speech will not be suppressed even when many think it ‘offensive, unwise, immoral, or ill conceived.’”

“Freedom of expression protects both the right of a lecturer to offer views that others believe to be wrong or offensive, just as it protects the rights of Georgetown’s students, faculty, and administrators to respond to those views with vociferous criticism,” FIRE added.

Amidst criticism of Ilya Shapiro, Georgetown must live up to its promises of free expression.

We are here to make sure they do. pic.twitter.com/1Y36zjcOx4

“But the university’s commitment to freedom of expression bars it from acceding to demands that Shapiro be disciplined on the basis that others find his speech offensive or wrong,” FIRE continued.

“Allowing untrammeled speech about our national political leaders and difficult issues surrounding race and identity is critical to the democratic process,” the organization affirmed.