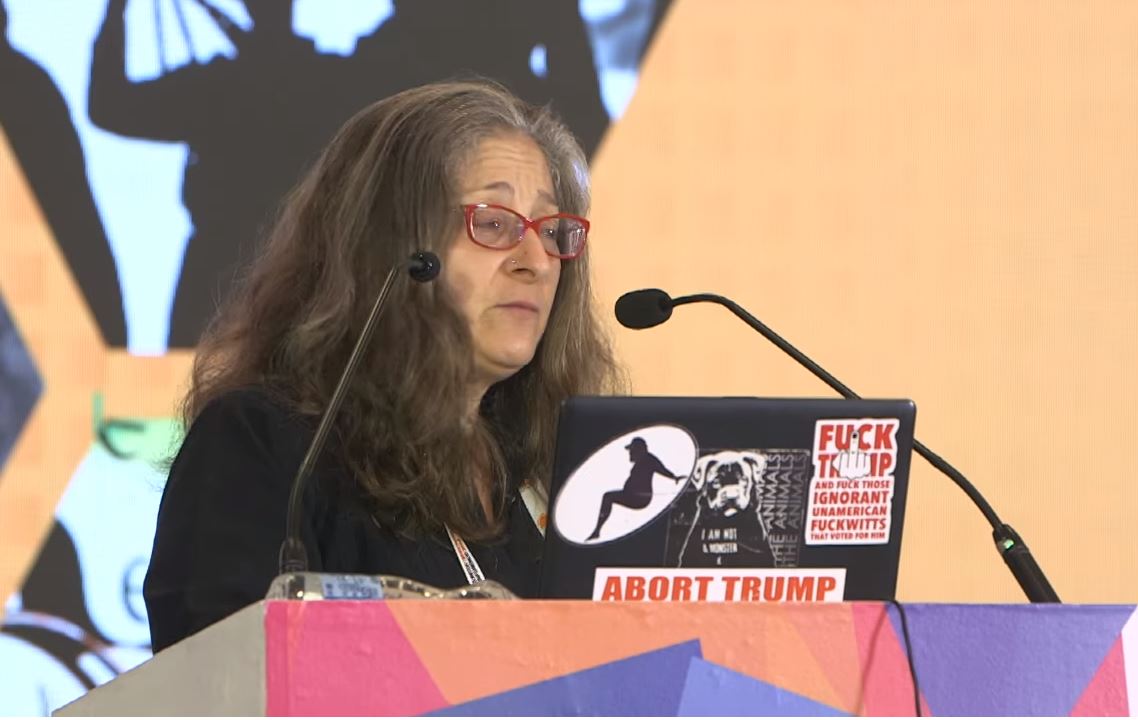 Georgetown Professor Christine Fair was suspended from Twitter on Tuesday after she tweeted that GOP senators deserve “slow miserable deaths” and their corpses castrated.

Georgetown Professor Christine Fair had her account suspended from Twitter on Tuesday morning for an ugly tweet that called for acts of brutality against GOP senators.

“Look at [this] chorus of entitled white men justifying a serial rapist’s arrogated entitlement,” Fair wrote in the tweet that led to her account’s suspension. “All of them deserve miserable deaths while feminists laugh as they take their last gasps. Bonus: we castrate their corpses and feed them to swine? Yes.”

In a brief comment to Fox News, Fair said that her words were chosen to make her audience uncomfortable. She added that her tweet was “private speech,” meaning that it would be inappropriate for her employer to punish her for it. According to her Georgetown bio, “Christine Fair is a Provost’s Distinguished Associate Professor in the Security Studies Program within Georgetown University’s Edmund A. Walsh School of Foreign Service.”

Unfortunately, universities have punished students over private speech in the past. Take for example an incident involving the Harvard male soccer team. In 2016, Harvard canceled the men’s soccer season after it was revealed that members of the team had privately commented on the appearance of members of the women’s soccer team. Apparently, in our modern world, it is far more egregious to talk about the attractiveness of your peers on a campus than it is to call for the brutal death of public officials because they are “entitled white men.”

In a comment, a Georgetown spokesperson confirmed exactly that. Georgetown will not punish the private speech of Professor Fair, regardless of how objectionable it might be.

“Our policy does not prohibit speech based on the person presenting ideas or the content of those ideas, even when those ideas may be difficult, controversial or objectionable,” the statement read. “While faculty members may exercise freedom of speech, we expect that their classrooms and interaction with students be free of bias and geared toward thoughtful, respectful dialogue.”

Glenn Greenwald of the Intercept commented on the suspension in a series of tweets:

As @mtaibbi recently wrote of those who have spent 2 years begging Silicon Valley executives to censor political content: “the future is obvious: an endless merry-go-round of political tattling, in which each tribe will push for bans of political enemies.” https://t.co/OPdpW5Ontt

“When I advocated that people be banned and censored, I meant people who said things against my political agenda, not in support of it!. What has gone wrong here???” The cry of censorship advocates for centuries: the people least capable of learning basic lessons.

Greenwald points out in his thread that advocates of censorship are inevitably surprised when the very rules they created and supported are used against them. This applies to university professors as much as online social justice warriors.