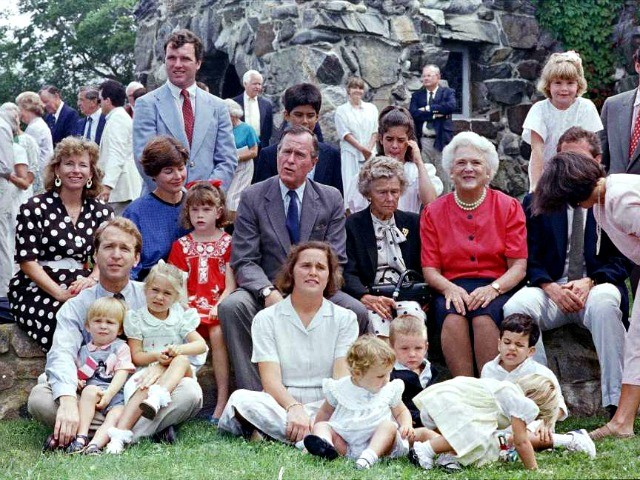 Upon Baker’s arrival to check on Bush at his home Friday morning, he was alert and spoke with Baker.

“Where are we going, Bake?” Bush asked.

“That’s where I want to go,” Bush stated.

Baker left and then returned to the Houston home later that evening.

As H.W. Bush’s life slowly came to an end Friday night, his son, George W. Bush, called to speak with his father and was placed on speaker phone to say his goodbyes. He told his father that he had been a “wonderful dad” and that he loved him, shortly before he passed away.

“I love you, too,” Bush said to his son, according to Baker.

Those were H.W. Bush’s final words as he passed away surrounded by family members, friends, doctors, caregivers, and a minister.

“I can’t even hardly talk about it without welling up,” Baker said in a phone interview, according to the New York Times. “It was as gentle a passing as I think you could ever expect anyone to have. And he was ready.”

According to Baker, the WWII veteran “competed with death” and fought right up until the end.

“This is the most competitive man I ever knew in my entire life,” Baker said. “He demonstrated that right up until the very end. He competed with death — although he did say it’s time to go. But he kept fighting, he kept coming back.”