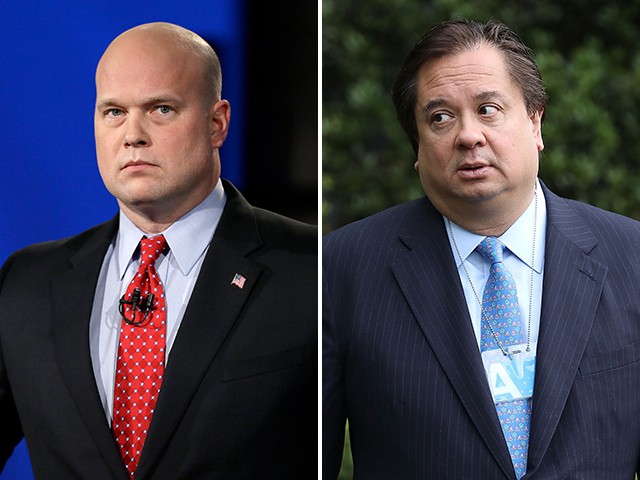 The premise by which Conway and co-author Neal Katyal’s argue against Whitaker’s appointment is based on the Constitution’s  Appointments Clause — the provision to which principal officers of the United States must not only be nominated by the president but also confirmed by the Senate using the body’s “Advice and Consent” powers. This argument, Coway and Katyal write, was the basis of a Wall Street Journal article penned by conservative scholar Steven Calabresi, in which it was argued that the appointment of special counsel Robert Mueller to oversee the Russia investigation was unconstitutional because he was nominated by the president.

Deputy Attorney General Rod Rosenstein appointed the former FBI director to lead the investigation in May 2017. One day after the midterm election, then-attorney general Jeff Sessions submitted his resignation at the behest of President Donald Trump, according to a leaked copy of the now former top Justice Department official.

While Conway and Katyal disagreed with Calabresi conclusion, they concur with his assessment that the “core principle” of the clause is not only correct but actually serves as a legal justification for preventing Whitaker from taking the temporary role of the country’s chief lawyer. Thus, Conway and his co-author contend, Whitaker’s installment is “unconstitutional” and illegal,” adding that “it means that anything Mr. Whitaker does, or tries to do, in that position is invalid.”

Much of the commentary about Mr. Whitaker’s appointment has focused on all sorts of technical points about the Vacancies Reform Act and Justice Department succession statutes. But the flaw in the appointment of Mr. Whitaker, who was Mr. Sessions’s chief of staff at the Justice Department, runs much deeper. It defies one of the explicit checks and balances set out in the Constitution, a provision designed to protect us all against the centralization of government power.

If you don’t believe us, then take it from Supreme Court Justice Clarence Thomas, whom President Trump once called his “favorite” sitting justice. Last year, the Supreme Court examined the question of whether the general counsel of the National Labor Relations Board had been lawfully appointed to his job without Senate confirmation. The Supreme Court held the appointment invalid on a statutory ground.

Justice Thomas agreed with the judgment, but wrote separately to emphasize that even if the statute had allowed the appointment, the Constitution’s Appointments Clause would not have. The officer in question was a principal officer, he concluded. And the public interest protected by the Appointments Clause was a critical one: The Constitution’s drafters, Justice Thomas argued, “recognized the serious risk for abuse and corruption posed by permitting one person to fill every office in the government.” Which is why, he pointed out, the framers provided for advice and consent of the Senate.

Further, the pair argues that Whitaker’s lack of qualifications puts the Justice Department and its cases at risk. “Constitutionally, Matthew Whitaker is a nobody,” write Conway and Katyal. “For the president to install Mr. Whitaker as our chief law enforcement officer is to betray the entire structure of our charter document.”

Whitaker’s appointment does not require Senate confirmation because he previously served as Sessions’ chief of staff. The lack of scrutiny, as the pair write, leaves the public with an acting Attorney General whom may have serious legal and philosophical differences with the spirit of the agency. “The public is entitled to that assurance, especially since Mr. Whitaker’s only supervisor is President Trump himself, and the president is hopelessly compromised by the Mueller investigation. That is why adherence to the requirements of the Appointments Clause is so important here, and always,” the two write.