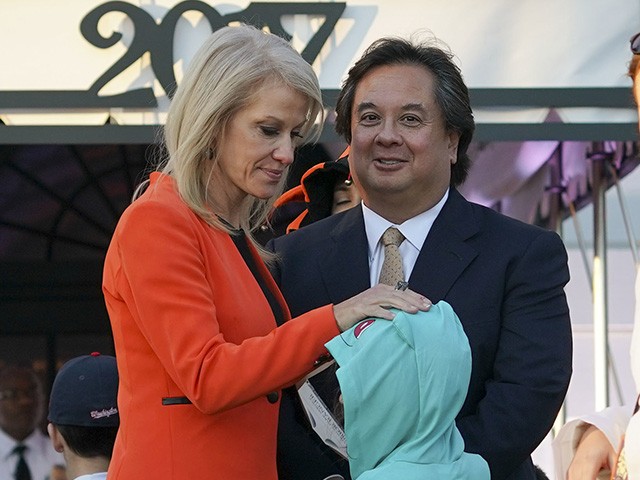 “We believe in the rule of law, the power of truth, the independence of the criminal justice system, the imperative of individual rights and the necessity of civil discourse,” the mission statement of the recently formed group “Check and Balances” reads. “We believe these principles apply regardless of the party or persons in power.”

In an interview with the New York Times, Conway said he wants the group to act as a counter-balance to the Federalist Society, a group he says he has long respected but claims the “perception out there that conservative lawyers have essentially sold their souls for judges and regulatory reform.”

“We just want to be a voice speaking out, and to encourage others to speak out,” Conway told the Times.

According to Keisler, the group was created with the goal of stirring debate concerning President Trump’s agenda.

“It’s important that people from across the political spectrum speak out about the country’s commitment to the rule of law and the core values underlying it — that the criminal justice system should be nonpartisan and independent, that a free press and public criticism should be encouraged and not attacked,” Keisler, who worked under former President George W. Bush, said.

Conway, a frequent critic of the president, recently co-wrote a Times opinion-editorial in which he argued that appointment of Matthew Whitaker as acting Attorney General is “unconstitutional” and “illegal.” President Trump dismissed the op-ed, saying Conway is “just trying to get publicity for himself.”