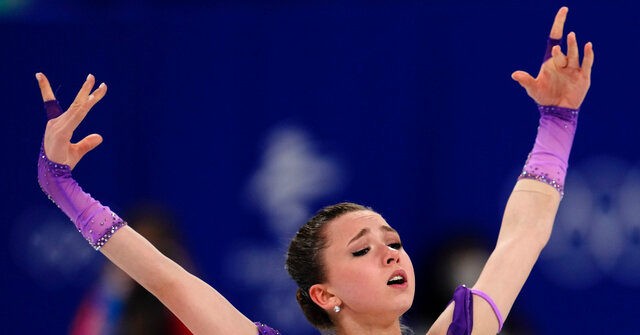 The Court of Arbitration for Sport (CAS) ruled on Monday to allow Russian figure skater Kamila Valieva to continue competing in the 2022 Winter Olympics after a urine sample she submitted in December 2021 tested positive for trimetazidine, an anti-angina drug the World Anti-Doping Agency (WADA) prohibits athletes from using both in and out of competition.

A CAS panel deliberated from the evening of February 13 to the early morning hours of February 14 to reach a decision on the matter. The panel gave four primary reasons for allowing Valieva to continue competing in the 2022 Winter Olympics, placing emphasis on her status as a “protected person” under WADA’s code due to her minor age of 15 years.

The World Anti-Doping Code (WADC) defines a “protected person” as an athlete “who at the time of the anti-doping rule violation: (i) has not reached the age of sixteen (16) years; (ii) has not reached the age of eighteen (18) years and is not included in any Registered Testing Pool and has never competed in any International Event in an open category; or (iii) for reasons other than age has been determined to lack legal capacity under applicable national legislation.”

WADA says it “treats Protected Persons differently than other Athletes or Persons in certain circumstances based on the understanding that, below a certain age or intellectual capacity, an Athlete or other Person may not possess the mental capacity to understand and appreciate the prohibitions against conduct contained in the Code.”

CAS “emphasized” in a press release detailing its February 14 ruling “there were serious issues of untimely notification of the results of the Athlete’s anti-doping test that was performed in December 2021 which impinged upon the Athlete’s ability to establish certain legal requirements for her benefit.”

“[S]uch late notification was not her [Valieva’s] fault, in the middle of the Olympic Winter Games Beijing 2022,” the panel noted in its ruling.

WADA told Reuters on February 13 it would launch an investigation into Valieva’s “entourage” in an effort to determine how the child came to ingest a banned substance. WADA said it would ask its “independent Intelligence and Investigations Department to probe the coaches, doctors and other adults surrounding the athlete.”

Beijing, China, is currently hosting the 2022 Winter Olympics. The Games began on February 4 and will continue through February 20. Valieva competed in the Games during the women’s figure skating short program and free skating — both part of the Russian Olympic Committee (ROC)’s team event — on February 6 and 7, respectively. The Russian teenager became the first woman to successfully execute a “quad Salchow,” which involves four complete rotations in the air, on February 7. Valieva’s historic performance helped the ROC win a gold medal for its figure skating team event.

Monday’s CAS ruling cleared Valieva to compete in additional women’s figure skating events at the 2022 Winter Olympics on February 14 and February 17. She will skate for the individual women’s short program on Monday and end her week with an individual free skate on Thursday.

“Given what we saw in her team performances, she is likely to shine with a series of gravity-defying quadruple jumps that are rare in women’s figure skating,” the BBC predicted of Valieva’s upcoming performances on February 14.

“But if she wins a medal there are no guarantees that she would not be stripped of it at a later date once the anti-doping process is complete,” the British public broadcaster noted.

The IOC said on February 14 it would “not be appropriate” to hold a medal ceremony for the ROC figure skating team event. The committee added that if Valieva wins a medal in an individual skating event this week, “no flower or medal ceremonies will take place.”

Many issues surrounding Valieva’s doping case remain unresolved. The CAS on Monday alluded to her team facing further legal “proceedings” in the near future.

“The proceedings on the merits of the apparent anti-doping rule violation, including the athlete’s right to request the analysis of the [urine] B-sample, will be pursued by RUSADA in due course,” the International Testing Agency (ITA) observed on February 14, adding that “the legal process for this case is not finally concluded.”

Russia is currently participating in the 2022 Winter Olympics with limitations according to the terms of a WADA-imposed ban that has prohibited Moscow from international sporting events through December 2022. WADA enforced the ban — which sees Russia compete at the Olympics as the “ROC”— due to a major doping scandal involving thousands of Russian athletes. The ban only prohibits Russians from flying their national flag and playing their national anthem. The ban would, in theory, also prevent Russian government officials from attending, but leader Vladimir Putin made an appearance at the Opening Ceremonies due to a loophole that lets the head of government of the host country – in this case, Chinese dictator Xi Jinping – invite anyone he wants.