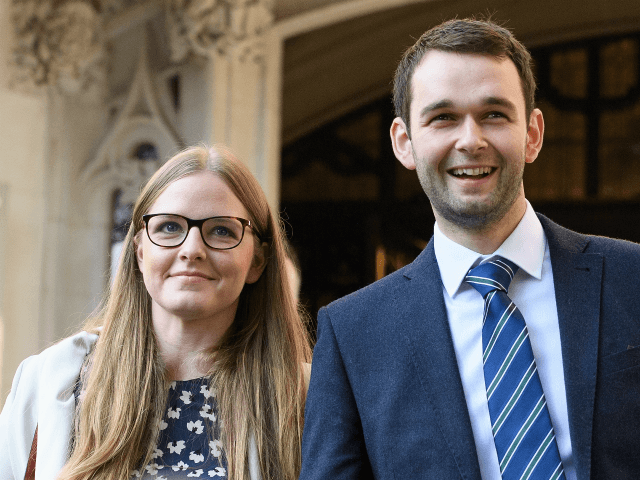 The UK’s Supreme Court ruled in favour of Northern Irish Christian bakers who declined to bake and decorate a cake with a pro-gay marriage message, with owners heralding the decision as a victory for free speech.

Britain’s highest court ruled Wednesday morning that it was not discriminatory for Ashers Bakery, run by Daniel and Amy McArthur, to refuse to produce the cake with the slogan “Support Gay Marriage” because it was the message of the case that they objected to, not the sexual orientation of the customer, the BBC reports.

President of the Supreme Court Lady Hale said of the decision arrived at by the five justices that the McArthurs “would have refused to make such a cake for any customer, irrespective of their sexual orientation”.

“Their objection was to the message on the cake, not to the personal characteristics of [customer, Gareth] Lee.”

“Accordingly, this court holds that there was no discrimination on the ground of the sexual orientation of Mr Lee,” Lady Hale ruled.

“We are grateful to the judges and especially to God. We are particularly pleased the Supreme Court judges emphatically accepted what we’ve said all along. We did not turn down the order because of the person who made it but because of the message itself,” Mr McArthur said outside of London’s High Court following the ruling.

“Family businesses like ours are free to focus on giving all their customers the best service they can without being forced to promote other people’s campaigns” – Ashers Baking Company thanks God and judges for Supreme Court rulinghttps://t.co/8Lm6uILS5H pic.twitter.com/2sCXAmLPGG

“The judges gave a clear message today that couldn’t be clearer: family businesses like ours are free to focus on giving our customers the best service they can without being forced to promote their campaigns.”

“This ruling protects freedom of speech and freedom of conscience for everyone,” he added.

The Christian Institute, which supported the couple, hailed the decision as “a landmark judgment for free speech”.

The series of legal cases through the Northern Irish and British court systems began in 2014 when the County Antrim bakers declined to make a cake for gay rights activist Gareth Lee which would have featured a picture of the Sesame Street characters Bert and Ernie with the message, “Support Gay Marriage”, saying the message conflicted with their religious beliefs.

Supreme Court has ruled that their refusal to bake the cake was NOT discriminatory. pic.twitter.com/TMgxnN9s9E

Mr Lee, with support from Northern Ireland’s Equality Commission, took the Christians to the county court and then at the Northern Ireland Court of Appeal, which sided with the complainant alleging the McArthurs had “unlawfully discriminated”.

The bakers appealed the ruling but were again ruled against before they took their fight to the UK’s highest court, arguing that in forcing them to act against their religious beliefs, the anti-discrimination judgement risked “extinguishing” their consciences.

Northern Ireland MP Ian Paisley Jnr praised the decision, but condemned the “Legal bill [of] £360000 for a £30 cake” and called for the Secretary of State for NI  to order a review of funding for the province’s Equality Commission.

The case reflects that of a similar ruling in the United States in June where the country’s Supreme Court ruled in favour of a Colorado baker who declined to bake a wedding cake for a gay couple based on his Christian beliefs on traditional marriage, with the justices ruling that to force or punish Jack Phillips for refusing to bake the cake contravened the first amendment which protects freedom of expression.