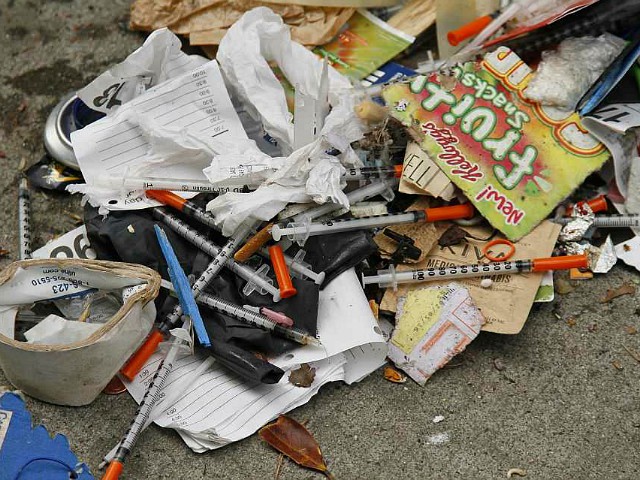 California gubernatorial candidate Gavin Newsom (D) says San Francisco is “too permissive” toward drug use and behavior taking place in the city’s streets.

He described the city’s current condition as “disgraceful.”

The San Francisco Chronicle reports that Newsom is open to “safe injection centers” for addicts but believes the city has gone far beyond simply making such centers available. He reflected on his time as Mayor of San Francisco, saying, “When you are accountable to a quality of life, and accountable to diverse communities, you cannot allow the streets to be taken over. And so I supported sit/lie ordinances, I supported panhandling restrictions, and I took the hits for that.”

He noted that the problem is not limited to drug addicts but also to public drunkenness and people using the restroom in the street.

Newsom observed, “It’s a balancing act. It’s not about driving criminalization or abusing the right to use those laws as leverage, but oftentimes with drugs you’ve got to intervene, and there has got to be the ability to intervene. You can be too permissive, and I happen to think we have crossed that threshold in this state — and not just in this city.”

On May 25, the Chronicle reflected on Newsom’s time as San Francisco Mayor, noting, “He wanted to submerge giant turbines under the Golden Gate Bridge to harness tidal power. And he wanted to turn parking meters into ‘homeless meters’ so pedestrians could donate change to nonprofits rather than panhandlers.”

The paper quoted Newsom saying, “We were willing to try new things. That’s the spirit I want to bring again — that iterative spirit.”