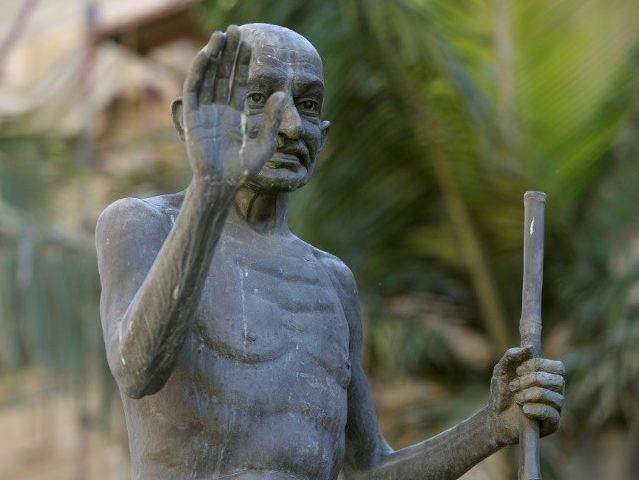 A campaign against a planned statue of Indian independence leader Mohandas Karamchand Gandhi on charges of “racism” has attracted thousands of signatures in Malawi, Voice of America reported Thursday.

The activists allege that Gandhi has a history of using racial slurs in his use.

An online campaign in the East African country, entitled “Gandhi Must Fall,” outlines its opposition to government plans to erect a statue of Gandhi and has already attracted over 4,000 signatures based on letters he wrote from South Africa as a young man.

In 1893, Gandhi wrote to the Natal parliament explaining that a “general belief seems to prevail in the Colony that the Indians are a little better, if at all, than savages or the Natives of Africa.”

In another letter written in 1904 to a health officer in Johannesburg, he declared that the council “must withdraw Kaffirs” from an unsanitary slum known as “Coolie Location,” where many Africans lived alongside Indians.

“About the mixing of the Kaffirs with the Indians, I must confess I feel most strongly,” he wrote at the time.

“This also draws back from the time he was in South Africa when he was an activist, where he based his fight for the rights of Indians based on discrimination of black people,” Kambewa explained. “He alluded to the fact that Indians are racially superior to black people.”

“It is offensive to us as black Africans to honor a man in this way who thought that he was superior to us,” she continued. “We don’t need these sorts of deals; they are just insulting to us and it is plain wrong that our government should agree to them.”

Malawi government spokesperson Nicholas Dausi dismissed the claims as “out of proportion,” while claiming that the government would proceed with its construction.

“There is no issue here. This just a storm in a teacup,” Dausi said. “It is just being perpetrated by bad people. It is just drawn out of proportion. I don’t think we should have such kind of behavior but, the government will proceed.”

Allegations of racism will strike many as extraordinary given Gandhi’s reputation as one of history’s most prominent anti-racist and anti-colonial figures. However, it is not the first time that India’s “Father of the Nation” has caused controversy on the African continent.

In 2015, another statue Gandhi in Johannesburg was vandalized as part of the “Rhodes Must Fall” movement against the legacy of British colonialist Cecil Rhodes, whose own figure was removed from the University of Cape Town. The following year, a statue of Gandhi was taken down from a university campus in Ghana after a campaign by professors who complained about his racially charged comments.