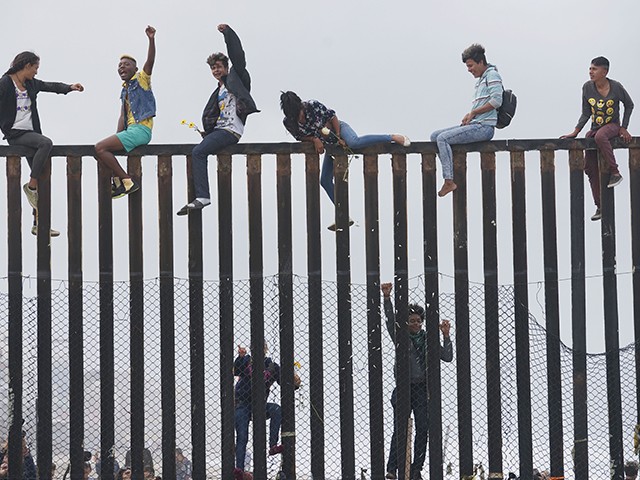 Illegal immigration is top problem facing Americans, according to November’s Gallup survey that was released on Tuesday.

Gallup’s poll found that 21% of Americans believe that “immigration/illegal aliens” is the top problem facing the country, up from 13% from October. “Dissatisfaction with government/Poor leadership” came in second at 18%, followed by health care at 11%.

The poll, conducted November 1-11, found that the “immigration/illegal aliens” issue is particularly important to Republicans, “37% of whom name it as the most important problem — an increase of 17 points from the prior month.”

It also found that 18% of independents and even 10% of democrats cited the illegal immigration as their top concern facing the country.

President Donald Trump campaigned for weeks on the migrant caravan before the midterm elections, forcing the mainstream press to cover illegal immigration like he did during his successful 2016 campaign when he highlighted “Angel Moms” and other victims of illegal immigrant crimes like Kate Steinle’s family.

While he was barnstorming across the country for Republican candidates, Trump said he wanted to talk about illegal immigration because it is still a “big problem” that the country needed to solve.

Trump sent nearly 5,000 troops to the U.S.-Mexico border before the caravan’s arrival, but his administration announced that some of those troops will be called back starting this week.

Gallup said it is possible that immigration could “retreat from the top of the list” for some people in the months ahead. But Gallup predicted that issue will still remain front and center, especially for Republicans, as discussions about building the border wall or a potential compromise on amnesty could be on the horizon in the lame-duck session of Congress or as soon as the next Congress begins.