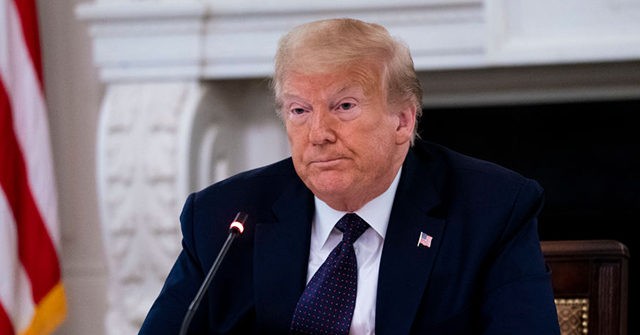 A Gallup poll shows that President Donald Trump’s job approval rating dropped ten points as the protests of the death of George Floyd reached their peak.

Trump now has a 39 percent approval rating according to the Gallup poll conducted between May 28 and June 4, down from 49 percent earlier in May.

That is Trump’s lowest approval rating since October 2019, when House Democrats launched their effort to impeach the president for his phone call with the president of Ukraine about Burisma and Hunter Biden.

Trump’s slip in the Gallup poll coincides with other polls showing the president’s approval rating dropping.

But Trump’s approval numbers could already be improving. Gallup confirmed that their latest poll was completed before the news on Friday about an unexpected drop in the unemployment rate.