A slim majority of Republican voters now see foreign trade as a threat to the United States economy, a Gallup survey reveals.

A survey from Gallup this week finds that Republican voters’ opinions of foreign trade as a net benefit to the U.S. economy have dropped to the lowest point since the firm began tracking the opinions of voters on the issue in 1991. 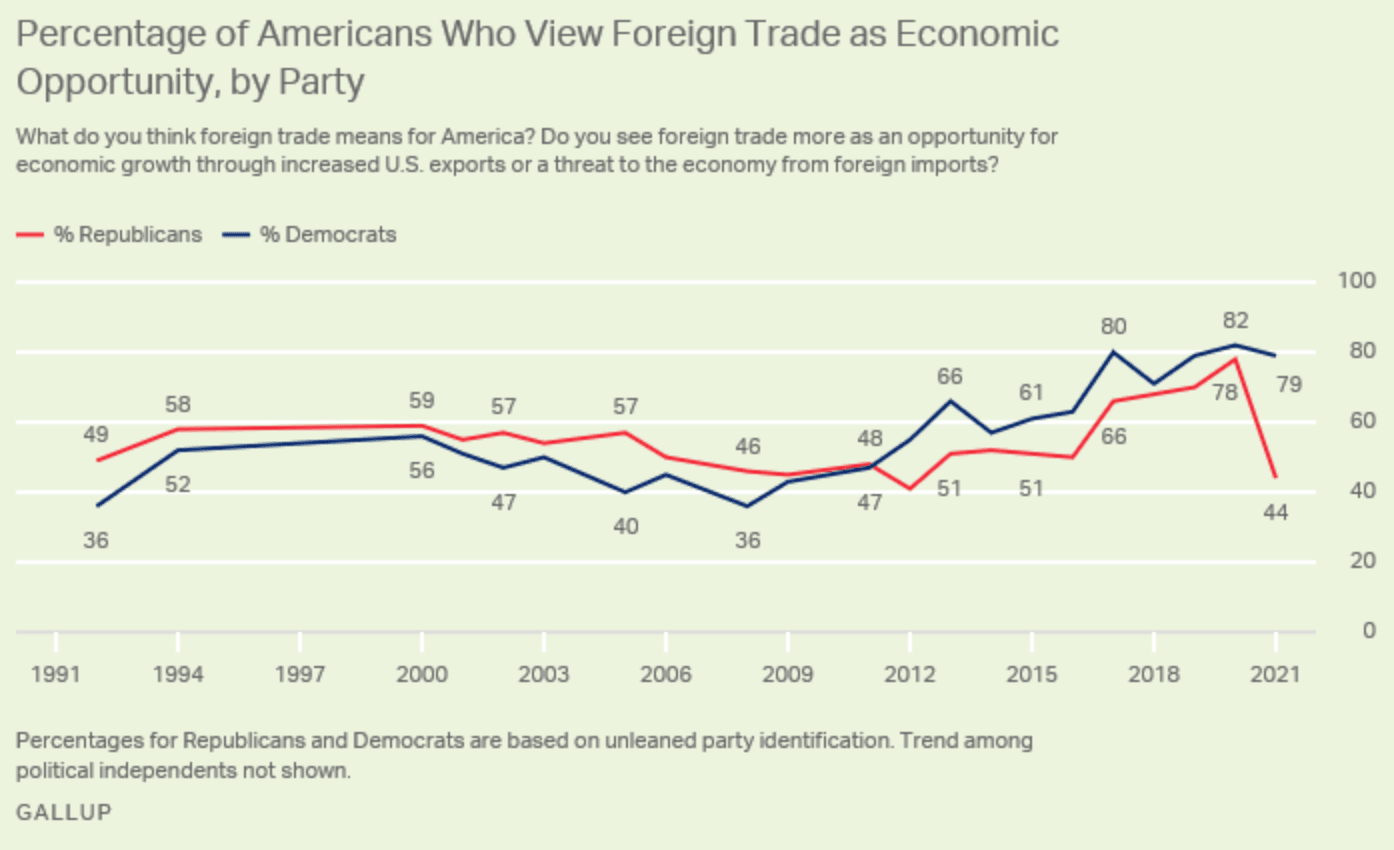 In 2020, for example, 79 percent of Republican voters viewed foreign trade as a net benefit for the U.S. because of Trump’s economic nationalist policies that replaced the North American Free Trade Agreement (NAFTA) with the U.S.-Mexico-Canada Agreement (USCMA) and imposed tariffs on a whole host of foreign imports.

This year, those favorable views have dropped 35 percent among Republican voters.

Much of that uptick of support for foreign trade with Democrat voters is tied to the party’s changing electoral base which has increasingly encompassed wealthy professionals and the upper-middle-class voters.

The survey is the latest to underscore Republican voters’ support for economic nationalist policies that reshores U.S. manufacturing from abroad, cracks down on corporations for offshoring, and protects consumers with nation-of-origin labeling.

Last month, 81 Americans employed at the General Electric Lighting-Savant in Bucyrus, Ohio were told they would be laid off as the company offshores production to China. The plant closure, which has been in the area since 1942, would mean a $100,000 tax revenue loss with a total of 200 Americans laid off in the small town of less than 12,000 residents.

American manufacturing is vital to the U.S. economy, as every one manufacturing job supports an additional 7.4 American jobs in other industries.