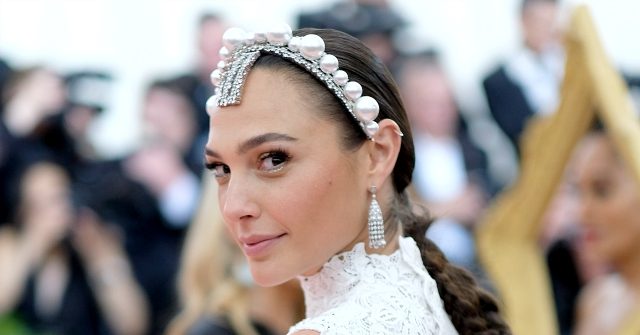 Wonder Woman star Gal Gadot is defending her recent casting as the lead in the remake of Cleopatra against claims by activists that a white woman should not be allowed to play the famed Macedonian Greek and Egyptian queen.

Activists are accusing the production of “whitewashing” the Cleopatra character by misinformed activists who claim that the Egyptian queen was actually a black North African woman, not an Egyptian, according to the Daily Mail.

For months, director Patty Jenkins has been accused of “whitewashing” the Cleopatra character for her upcoming film because she picked a white, Israel-born actress for the lead.

Gadot, though, pushed back against the accusations in a recent interview with BBC Arabic. “First of all, if you want to be true to the facts, then Cleopatra was Macedonian,” she told the BBC channel.

“We were looking for a Macedonian actress that could fit Cleopatra. She wasn’t there. And I was very passionate about Cleopatra,” Gadot, who is also a producer for the film, continued.

“I have friends from across the globe, whether they’re Muslims or Christian or Catholic or atheist or Buddhist, or Jewish of course, people are people,” the DC superhero superstar continued. “And with me, I want to celebrate the legacy of Cleopatra and honor this amazing historic icon that I admire so much. But, you know, anybody can make this movie, and anybody can go ahead and do it. I’m very passionate that I’m gonna do my own, too.”

“Biographer Duane W. Roller wrote — a decade ago — at the Oxford University Press blog,  that “it has been suggested – although generally not by credible scholarly sources – that Cleopatra was racially black African. To be blunt, there is absolutely no evidence for this,” Danan writes.

Cleopatra was most likely “three-quarters Macedonian Greek and one-quarter Egyptian,” and, “here is no room for anything else, certainly not for any black African blood,” Roller went on.

Gadot also said that she takes the fame gained from her Wonder Woman role seriously and tries to be responsible with her choices.

“This is something that I’m not taking for granted and I’m being very responsible about it,” she said, “so I’m trying to make sure that whatever messages I send out there are authentic to me and are good and are positive.”

The social media backlash that hit the production of the film back in October has subsided somewhat. And several members of academia spoke up to knock down the “Cleopatra was black” claim. Professor of Archaeology and Classical Studies at Boston University, Kathryn Bard, for instance, told Newsweek, “Cleopatra VII was white — of Macedonian descent, as were all of the Ptolemy rulers, who lived in Egypt.”