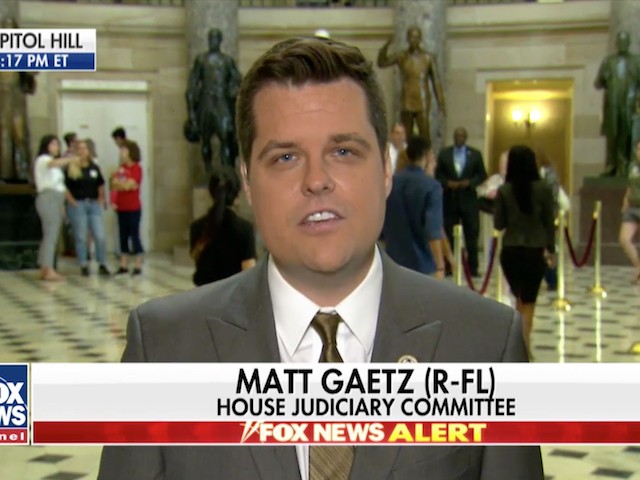 According to Gaetz, Comey’s amnesia “is very selective” and he forgets facts that are favorable for President Donald Trump.

“I learned that Jim Comey’s amnesia is very selective on any facts that are unfavorable to President Trump, he remembers them with great particularity. But when you try to create four corners around who knows about the communications, who came into possession of documents, then Comey becomes hazier and hazier on the actual details,” Gaetz said.

He added, “I think that really speaks to what will happen going forward in the Democratic Congress. As we get farther away from the events that happened, I do think with all the witnesses, you can see memories start to fade and become inconsistent. But the leaking of Comey, the lying about it to Congress, the inconsistencies with the person that came after him, Andrew McCabe certainly raises a lot of questions about how the FBI was operating during Comey’s leadership.”