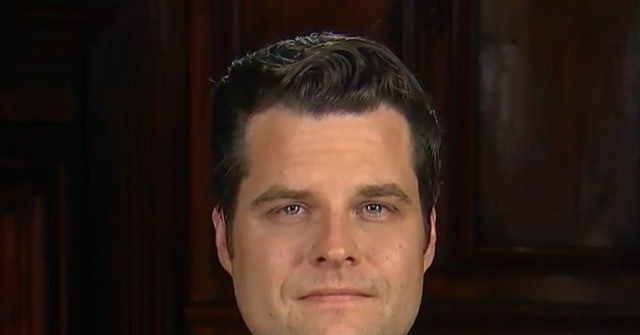 Gaetz expressed his disappointment with vitriolic reactions from some on social media but added that sources at the White House had revealed to him Trump was still in charge.

“Whether it is the President of the United States or a beloved family member, we would always want to show empathy for someone who is a little ill or maybe in need of a weekend off to recover,” he said. “Instead, what we’ve seen are vitriol, hatred. Some of the things we have seen are so disgusting that people are willing to post online on social media, literally hoping that someone die. I can’t imagine there is any person I’ve disagreed with politically that I would wish that outcome on.”

“I just wish when the President does resume his campaign activities and his other activities that we’ll be right back to winning for the American people again,” Gaetz added. “I can tell you talking to a number of White House officials, business is usual at the White House and the President is still making the decisions. It’s one of the reasons he is so charming to the country — because he is in command, he is in control, and he has made very clear even from his offices at Walter Reed, that will continue to be the case.”