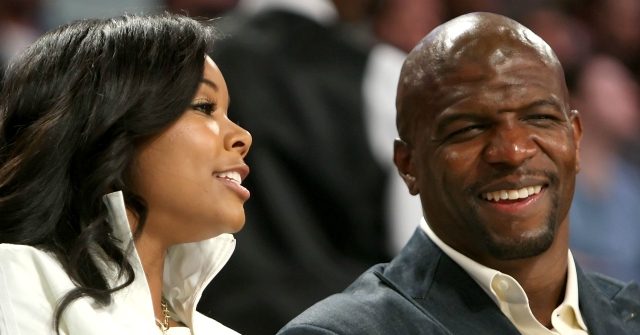 Gabrielle Union has hit out against fellow America’s Got Talent host Terry Crews, accusing the actor of failing to support her following her departure from the show and subsequent racism allegations against NBC.

Appearing on the Spotify’s Jemele Hill Is Unbothered podcast, Union’s was asked about her thoughts on Crews after he praised the show after Union’s departure, as well his recent criticisms of the Black Lives Matter movement.

“People hit me all day long and are like, what’s happening? And the only thing I know for sure is that Terry Crews gets three checks from NBC. So, I don’t know if being worried about job stability — which listen, we all know that if you speak up about racism and white supremacy, you absolutely can be shown the door.” Union explained. “I don’t know if that’s the motivation.”

Union also said her allegations of racism were undermined by the fact that Crews was also a judge on the show.

“I was like, ‘No, I was on there — with Terry Crews,’” she said sarcastically. “Based on his recent actions, do you really think Terry Crews was an ally, was helpful, was a sounding board? I think Terry Crews is showing us who he is and what he does during times of adversity and it’s not solidarity.”

An investigation following Union’s complaints of racism concluded that she was not the victim of any kind of discrimination, a conclusion she still contests. She went on to slam Crews for what she said was his decision to go on a press tour where his sole objective was to “discredit and malign” her character:

Not to say if I offer you solidarity I expect you to be the getaway driver during a bank robbery — that’s what he made it sound like in one of those series of tweets. If you saw something, say something. If you didn’t have my experience… you also have an option to say, ‘I believe Gab, I just had a different experience.’ You don’t have to do a press tour where your sole objective is to discredit and malign me. You know, I’ve been in Hollywood a very long time. There’s very little that surprises me, but that was very disappointing for sure.

.At the end of the day, the work that I am doing to make sure that NBC is a more fair and equitable place of employment will benefit you as well. So it’s OK to eat your cereal and let me do my thing and get out of the way. If you’re not going to help, then get out of the way. If you don’t feel financially comfortable, or spiritually comfortable or you flat out disagree, but at the end of the day he will benefit from a safer, more equitable workplace from what I stuck my neck out to do and got fired for, you know? Instead of actively working against progress.”

Crews has long distanced himself from the progressive consensus in Hollywood, urging people to reject “groupthink.” Last month, the Brooklyn Nine-Nine star argued that Black Lives Matter risked morphing into a supremacist movement, while urging people to remember that they are all children of God.

“If you are a child of God, you are my brother and sister. I have family of every race, creed and ideology,” Crews wrote at the time. “We must ensure [black lives matter] doesn’t morph into [black lives better.]”

If you are a child of God, you are my brother and sister. I have family of every race, creed and ideology.

We must ensure #blacklivesmatter doesn’t morph into #blacklivesbetter