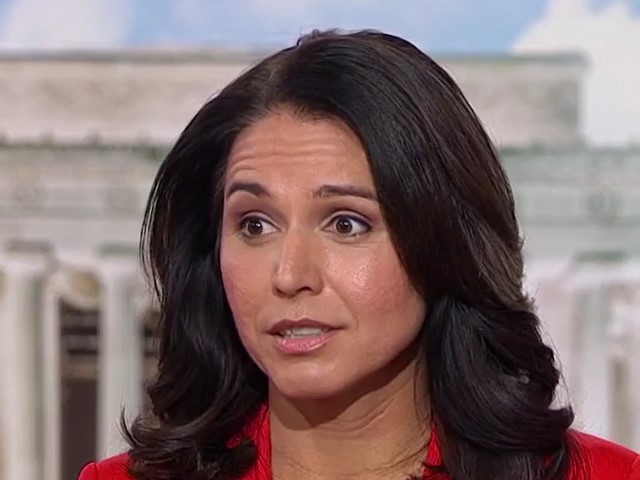 During Wednesday’s “Morning Joe” on MSNBC, Rep. Tulsi Gabbard (D-HI) lashed out at NBC News for running a report saying the same Russia propaganda machine that tried to hack the 2016 presidential election is backing Gabbard’s 2020 run.

Gabbard pointed out that the NBC report has “been debunked and disproven,” adding “it’s actually very dangerous for articles like that.”

KASIE HUNT: There have been reports that Russian apparatus that interfered in 2016 is potentially trying to help your campaign. Why do you think that is?

GABBARD: Cite those reports and their credibility.

HUNT: Well, the Russian propaganda machine. We did an analysis, actually at NBC News

GABBARD: I would ask you to look at the credibility of the sources and the so-called experts.

HUNT: Well, I’m certainly not going to say that my colleagues did not do their due diligence, because I do know what our standards are here.

GABBARD: Other journalists have debunked and disproven the so-called experts that have been cited in that article. And I think it’s actually very dangerous for articles like that and outlets like NBC to put out this information that seeks to bully people into saying you can’t come out and take the positions that I’ve taken of calling for an end to the Cold War, calling for an end to this nuclear crisis that we’re facing, otherwise you’re going to be smeared as someone who is subject of Russian propaganda.