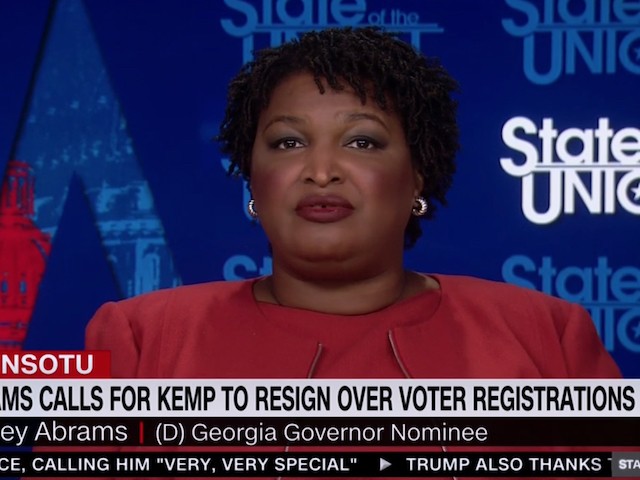 Abrams said, “It would be much easier if he actually did his job and process people in a proper fashion and we did not have this flawed exact match system, that he knew was flawed because we sued him in 2016, and a federal judge forced him to restore 43,000 registrations. This says failed system designed to scare people out of voting and make it harder for those willing to push through, make it harder for them to vote.”

She continued, “I think the call for his resignation is larger than simply this last and latest example of incompetence. This is a larger pattern of behavior, someone who sued a woman for helping her blind mother cast a ballot, who close more than 200 polling places across the state and fails to take responsibility for his actions. When something goes well, he takes credit. When there’s a problem, he blames everyone else. Voting should not be a question of trust on the part of voters, whether they can trust the system. And right now he is eroding the public trust in the system because 53,000 people have been told you may be able to vote, you may not. It’s up to you to prove it.”

She added, “What about those low propensity voters in the tiny communities who are stepping up and saying this is my turn to cast my ballot only to find out that they are disenfranchised? They get a confusing letter, saying something is wrong with their registration, and more than likely will sit out this election. The miasma of fear it’s much more about terrifying people trying to vote as it is blocking their ability to do so.”