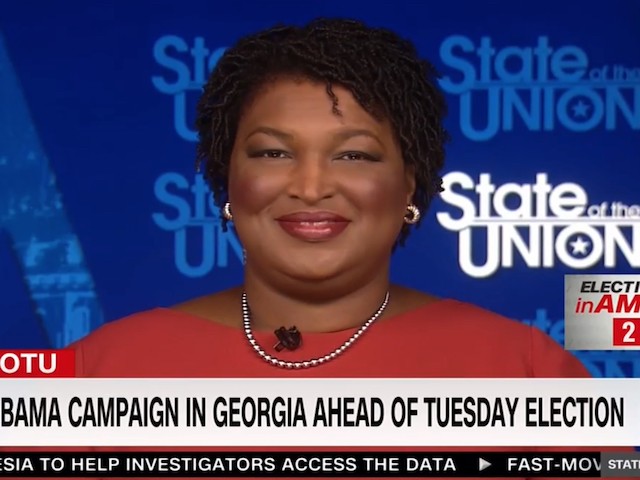 Sunday on CNN’s “State of the Union,” Democratic Georgia gubernatorial nominee Stacey Abrams said her Republican opponent and current Secretary of State of Georgia Brian Kemp was “desperate” because he knew she was “going to win.”

TAPPER: I want to bring your attention to something that you might not know about, because I think it just came out. The Georgia Secretary of State’s office, that’s your opponent, Brian Kemp, they’ve just announced they’ve opened an investigation into the democratic party of Georgia for a possible alleged cyber crimes, after what they say is a failed attempt to hack the state’s voter registration system. Have you heard anything about this? Do you have any reaction?

ABRAMS: I’ve heard nothing about it. And I would — my reaction would be that this is a desperate attempt on the part of my opponent to distract people from the fact that two different federal judges found him derelict in his duties and have forced him to allow absentee ballots to be counted and those were who being captive by the exact map system to be allowed to vote. He is desperate to turn the conversation away from his failures, from his refusal to honor his commitments with, and from the fact that he is part of a nationwide system of voter suppression that will not work in this election. Because we are going to outwork him, we are going to out vote him and we are going to win.