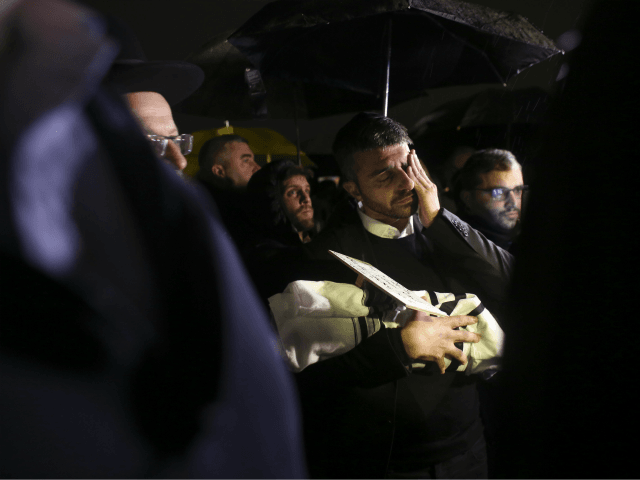 The Times of Israel reports: Hundreds of mourners gathered at Jerusalem’s Mount of Olives cemetery Wednesday night for the funeral of a newborn who was delivered prematurely after his mother was shot in a terror attack outside the Ofra settlement earlier this week.

The infant, born after Sunday’s shooting by emergency C-section, was pronounced dead earlier in the day by doctors at the Shaare Zedek Medical Center in Jerusalem after several days in intensive care.

The funeral took place as Israeli forces raided a Palestinian village and arrested a suspects in the terror attack, which left seven people injured, including the baby’s parents. Hours earlier Prime Minister Benjamin Netanyahu and other Israeli leaders angrily vowed the military would catch the killers.