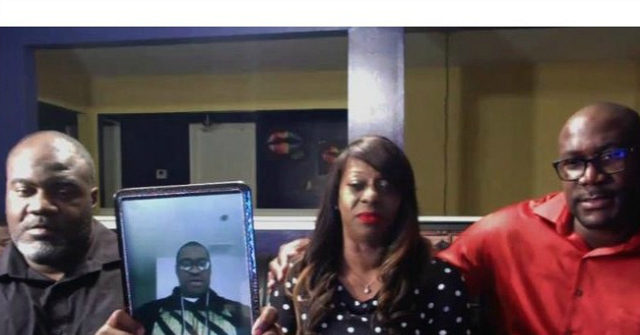 A fundraising campaign set up by George Floyd’s family has raised more than $6.3 million since his death.

Floyd’s younger brother, Philonise, created a GoFundMe page this week to help the family “cover funeral and burial expenses,” along with mental and grief counseling for the family. A portion of the money will also go to benefit and educate Floyd’s children as well as travel and lodging as the family continues to “seek justice for George.”

As of Sunday, the campaign had raised more than $6.3 million from more than 247,000 individual donors. The amount seems to mirror the impact that Floyd’s death has had on the nation.

Last week, video of the 46-year-old Floyd dying in police custody went viral. The video, which was recorded by bystanders, shows Floyd pleading for help, claiming he cannot breathe as a Minneapolis police officer is seen kneeling on his neck.

“My family and I watched in absolute horror as the now infamous and horrifying video began to spread quickly throughout social media,” Philonise Floyd wrote on the GoFundMe page. “What we saw on that tape left us shell-shocked.”

After the video went public, it emerged that the officer, 19-year Minneapolis police veteran Derek Chauvin, had been the subject of at least 18 prior civilian complaints. Such revelations ignited nationwide protests over the subject of police brutality.

Those protests, which started in Minneapolis, spread to nearly every major city in the country, from Atlanta, Georgia, to Los Angeles, California. In a number of instances, the protests turned violent, leading to rioting and looting.

The protests continued even though Chauvin was fired from his position with the Minneapolis Police Department and subsequently arrested and charged with murder on Friday.