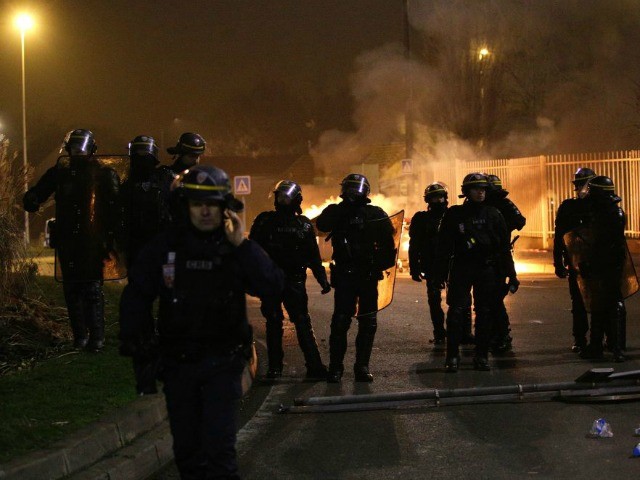 Small groups of young people in the French city of Mulhouse clashed with local police over the weekend, allegedly using guerrilla-style tactics against the officers including laying traps and attacking them.

The clashes occurred over the period of several hours and saw the local youths set garbage bins on fire and destroy a car in the neighbourhood of Drouot, newspaper L’Alsace reports.

The violence began in the area at around 8:30 pm according to local residents who called the police to help calm the situation. When officers arrived on the scene at Rue de la Navigation, they were met with violence as small groups attacked them with weapons including stones and iron bars.

The besieged officers caught in the ambush managed to call for reinforcements from Mulhouse and from neighbouring Colmar and Saint-Louis which lies on the Swiss border. The police also requested additional Gendarmes helicopter air support.

Around 50 “youths” were believed to have participated in the clashes, throwing stones and other objects from the top of roofs in the neighbourhood at the officers. The clashes lasted several hours and police say that the situation did not return to normal until around 3 am. No one was arrested following the conflict.

Attacks on police and other emergency services workers have become more and more common across France, with some, like the vicious beating of a female officer over New Year’s, being caught on film.

Some attacks have also been deadly whether they have been linked to radical Islamic terrorism or more recently a seemingly random attack that saw a man in Rodez stab a police officer to death in the street.

In Toulon, violence has even escalated toward paramedics to the point that one area has introduced bulletproof vests for medical services personnel to wear while out in the field.