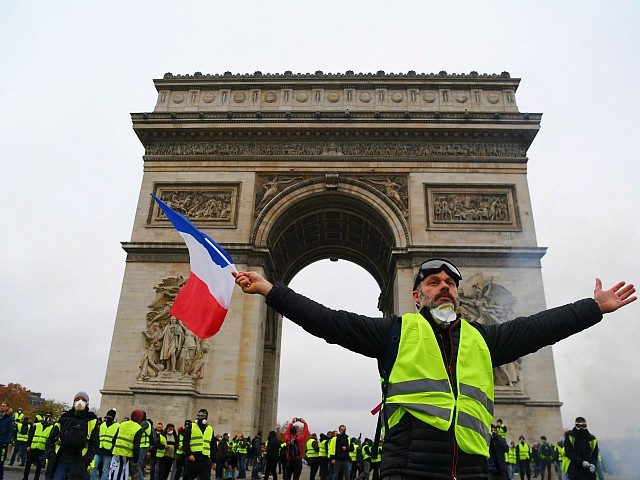 French Prime Minister Édouard Philippe has revealed that there have been nearly 1,800 court convictions of activists who have taken part in the weekly Gilets Jaunes (Yellow Vests) protests.

The French prime minister revealed the extent of the convictions during a speech in front of the National Assembly, updating a previous figure released last month that confirmed just under 1,000 convictions of members of the movement, Le Figaro reports.

“Since the beginning of these events, 1,796 sentences have been pronounced by the court and 1,422 people are still awaiting trial,” Philippe said and went on to add, “more than 1,300 immediate appearances were held and 316 people were placed under an arrest warrant.”

Philippe condemned several specific acts of violence directed at French police during the protests including an attack last Saturday saying, “Who can say that this act is in any expression of a social claim? It’s nothing. It’s a serious attack on who we are. It is reprehensible.”

Along with the new conviction figures, the French government has revealed that it has spent 38 million euros in aid for workers who have been affected by the protests and forced to work reduced hours. In total, the government said that 72,600 people in 5,000 companies were impacted by the protests that look to go into their 14th week this Saturday.

Insurance companies have paid out 89 million euros for damage caused by rioting along with compensating businesses that have been victims of looting during the riots.

The Yellow Vest protests have also seen many protesters injured as a result of police tactics, to the extent that emergency room doctors have said that the number is unprecedented compared to other social movements in recent decades.

Some activists have suffered serious injuries including losing eyes and hands, as was the case with a protester last Saturday whose hand was damaged beyond repair by a grenade used by police.