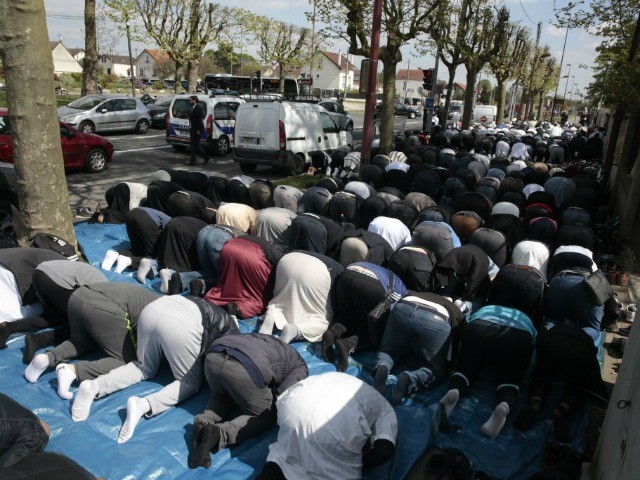 French conservative Republican MP Julien Aubert has put his name behind a series of migrant integration proposals that would include banning the Islamic headscarf in public institutions and make Muslims adopt French names to become citizens.

The proposals come from a new 50-page booklet entitled the “Tricolore Booklet on the Islam(s) of France,” which lists 18 proposals in total, published by the Oser la France movement which was formed by Aubert last year, France3 reports.

According to the booklet, the group say they would like to see all Muslim migrants acquiring citizenship from naturalisation, marriage, or by being born in France, to change at least one of their names to a traditional French name.

“It would show a desire for integration (for the adults) and, for the children allow them, if they wish, to change their usual first name by inverting it with a second or third name more adapted to the national culture,” Mr Aubert said.

Aubert also defended the proposed extended ban on the Islamic headscarf saying, “The coexistence of micro-nations in the same territory can only lead to confrontation.”

The ban would see the headscarf prohibited in public institutions such as publicly owned companies and universities. The ban, according to Aubert, could also extend to the streets under certain conditions.

The booklet also cited a Jordanian study which claimed that the Islamic veil stunted development in children, contributed to vitamin D deficiency, and even led to hair loss, as reasons to ban pre-pubescent girls from wearing the garment.

The role of Islam in French society has been a heated source of debate in the past several years with President Emmanuel Macron proposing reforms in the way Islam operates in the country including reforming the foreign financing of mosques, as well as the influence of foreign nations on Islam in France.

In September, a report linked to the proposed reforms was released by French-Tunisian Islam expert Hakim el Karoui of the Montaigne Institute who said that support for radical Salafist ideas dominates Islamic intellectual circles and that bookshops were full of  Salafist literature.

While there has been a push to reform Islam in France, there has also been a recent pushback against the ban on the full-face veil that was made illegal to wear in public in 2010.

Last month, the United Nations (UN) Human Rights Committee ruled that the ban on the niqab and burqa violated human rights and have given France six months to revise the ban.