A Paris appeals court Monday ordered the resumption of basic care for Vincent Lambert, a 42-year-old quadriplegic whose nutrition and hydration had been discontinued.

The court ordered authorities to keep Vincent alive, pending a review by the UN Committee on the Rights of Persons with Disabilities.

Vincent has been hospitalized since 2008 after a car accident left him a quadriplegic. Despite the gravity of his injuries, however, Vincent is not terminally ill, a fact stressed by ethicists arguing on his behalf. He breathes independently, his heartbeat is spontaneous, and his internal organs function normally.

Vincent’s parents have vigorously objected to plans to euthanize their son and sought to transfer him to another facility to receive adequate care, while Vincent’s wife has pushed to have ordinary care removed.

The UN Committee for the Rights of Persons with Disabilities had requested that France not start procedure to euthanize Vincent while it analyzed the case, but the French health minister, Agnès Buzyn, ignored the petition and chose to move forward until she was stopped by the court. 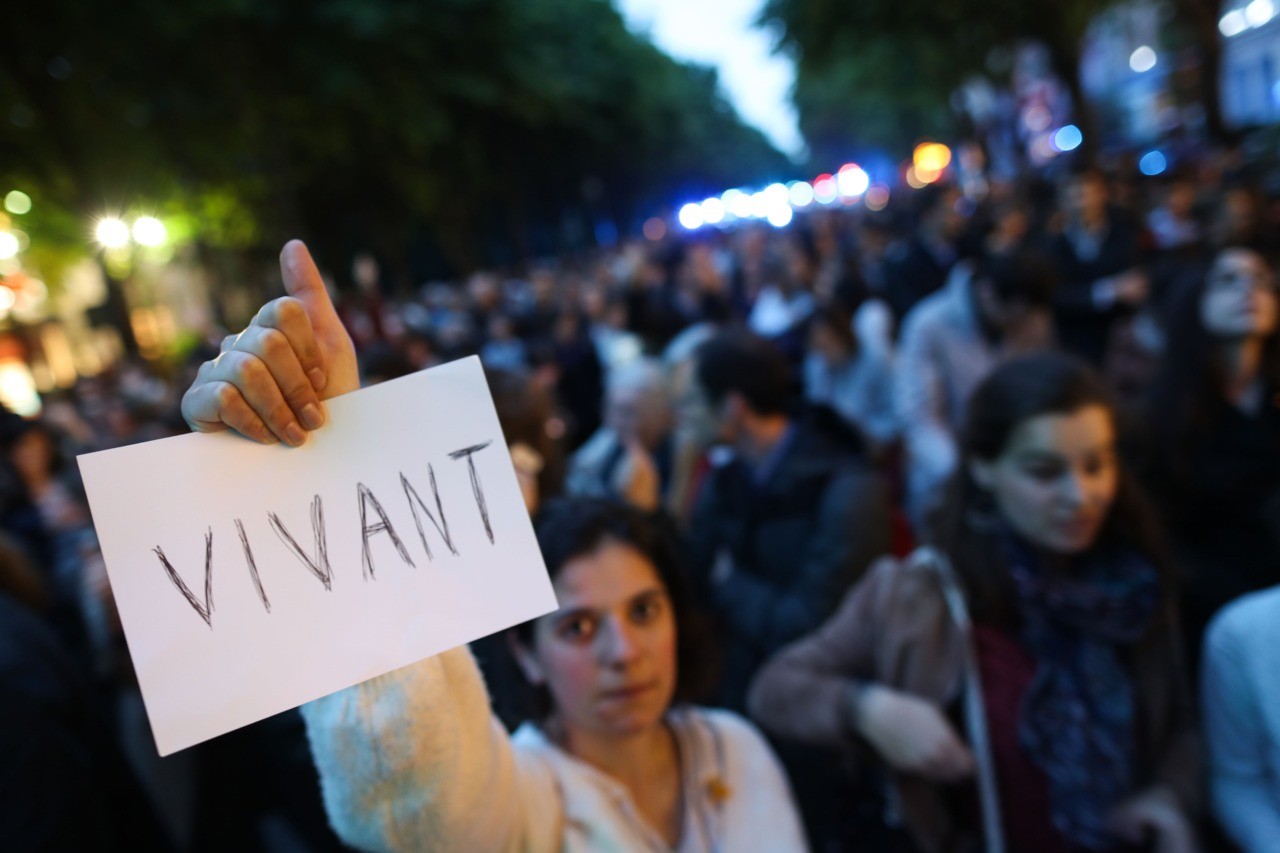 A woman holds a placard reaving “alive” as she makes the thumbs-up as a gesture in support of the pro-life, (in reference of the Ancient Rome where thumbs-up meant mercy for the defeated gladiator) as she takes part in a white march, on May 20, 2019, in Paris from the Ministry of health to the Elysee Palace to ask for the presidential pardon for Vincent Lambert, a quadriplegic man who has been in a vegetative state for the last decade. (KENZO TRIBOUILLARD/AFP/Getty Images)

French mainstream media have taken the part of the French state in painting the picture of man who ought to die. In typical liberal newspeak, AFP referred to Vincent dismissively as a “vegetative Frenchman” while calling his situation a “right to die case,” despite the fact that he never gave any indication that he wished to die.

Medical sources said that Lambert could die within days or a week without the proper nutrition and hydration he had been receiving in the Sebastopol Hospital in Reims.

“They were starting to eliminate Vincent! This is a very big victory,” Vincent’s mother Viviane said. “They are going to restore nutrition and give him drink. For once I am proud of the courts.”

On Saturday, the Vatican newspaper, L’Osservatore Romano, ran an essay on the case by an ethicist from Milan’s Catholic University of the Sacred Heart, who said that from a Catholic point of view, Vincent should not be denied the basic care that would be provided to any patient.

The ethicist, Roberto Colombo, stressed the important ethical difference between suspending aggressive therapeutic treatments (disproportionate means) and euthanasia, which aims to end a life. The Catholic Church considers nutrition and hydration to be ordinary care that should never be withheld.