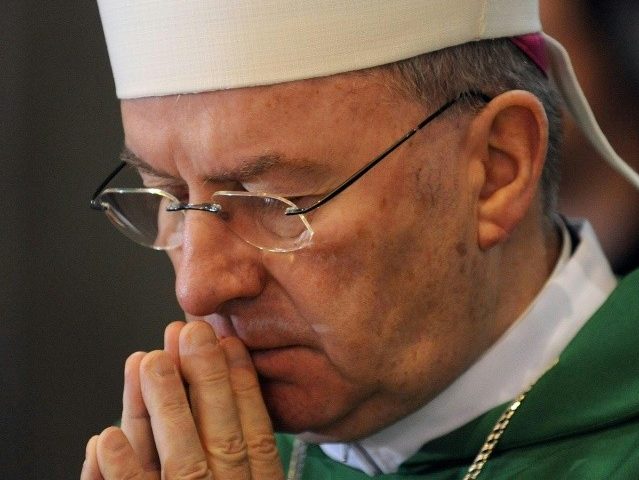 The Paris public prosecutor has opened an investigation into charges that the Vatican nuncio to France, Archbishop Luigi Ventura, repeatedly molested a junior mayoral aide sexually during a speech last month.

The Paris mayor’s office filed a complaint against the 74-year-old prelate on January 24, alleging he had sexually fondled the young man three times during an address by Paris Mayor Anne Hidalgo to diplomats at the City Hall on January 17.

“During these proceedings, a city employee was subjected to sexual touching three times, with hands insistently pressed to the buttocks, one time in front of witnesses,” Le Monde reported Friday.

Archbishop Ventura has served as ambassador for 10 years and the allegations come amidst a wave of sexual abuse accusations in the clergy as well as a major book by a French journalist alleging a significant presence of actively gay priests and bishops in the Vatican. The book, titled In the Closet of the Vatican: Power, Homosexuality, Hypocrisy, asserts that some 80 percent of Vatican prelates are homosexual.

The Paris public prosecutor, Rémy Heitz, reportedly opened his judicial investigation the day after the complaint was filed.

The young man who reported the alleged harassment works at the General Delegation for International Relations (DGRI) at City Hall.

French media have suggested that the Vatican diplomat could appeal for immunity to avoid prosecution.

News of the alleged abuse comes at a bad time for the Vatican, following a series of reports asserting that clerical sexual abuse is overwhelmingly homosexual in nature.

The Catholic Church in Belgium released a report on clerical sex abuse this week showing that 76 percent of priests’ victims were males, which echoes patterns of chiefly homosexual abuse in other countries.